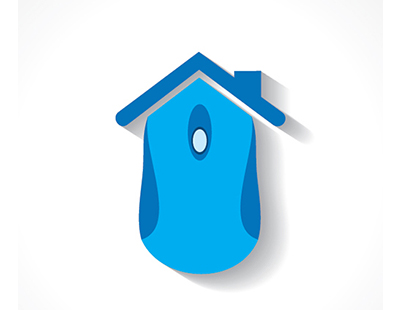 Whatever one thinks about online estate agencies, it’s a cause of genuine sadness when people lose their jobs - close proximity to Christmas makes this bad news even worse.

The sympathy deserved by Emoov’s workforce, or those still there by the end of its theatrically-long death throes, was lost a little in the noise of the past week.

Much of that noise, deserved or not, was widespread industry gloating (including by rival online operators) over the downfall of Emoov’s chief executive.

We’ve all got a string of stories about Russell Quirk. My three involve a phone call to Portugal, a quote about a price index, and playing cards: I’ll save them for another day.

But the significance of Emoov’s departure isn’t about personalities at all. Instead, there are lasting industry issues created by Emoov’s demise.

Firstly, it raises a question mark over the future of online or hybrid agencies.

Much has been written and said on this subject in recent days, and with Purplebricks’ latest figures being released next Thursday much more will be said before Christmas. But it’s not the industry chatter that will be most damaging to online agencies in general.

Instead it will be mainstream newspaper headlines like this one from The Sun that will crucify online estate agents: ‘DOWN AND OUT: Emoov goes into administration leaving hundreds of home sellers out of pocket’.

Both Money Saving Expert and Which? have given advice out to sellers who had put their trust in Emoov, in some cases quite close to its collapse, and were left stranded.

These negative headlines in the mainstream media will have a corrosive effect on public confidence in online agencies. And they risk negating the tens of millions spent by those online agencies on advertising, too.

It’s thought that the poor image presented by Emoov played a part in Purplebricks’ decision to intervene and get at least some PR bonus and public goodwill from the issue.

Secondly, there is a question mark over crowdfunding platforms where companies like Emoov seek to raise monies.

Just a few months ago Emoov completed a crowdfund of a reported £1,923,060 from 1,119 investors with a pitch that included a claim the firm was worth around £100m. This valua-tion was just about halved as the crowdfunding call was nearing an end: this may be legal, but is it right?

That’s not for me to judge, but I bet the small-scale investors have a view. I wonder how those individuals who put money into Emoov’s summer 2018 crowdfunding call (average investment £1,718.55p) felt when they found the company was being sold with a target for buyers well below the £100m cited initially?

Should crowdfunding platforms do more to verify and police the claims of companies? Should the Financial Conduct Authority do more?

Let’s see how well, or otherwise, online agencies and PropTech firms do when they next make big calls for crowdfunding investors’ cash.

Thirdly, what are the secret boardroom thoughts of the large scale online agency investors?

They will be looking at Emoov and, one can imagine, they may be a little more nervous than they were a few months ago.

Perhaps those in charge of high-spending so-far-unprofitable online agencies deserve some sympathy for the difficult decisions they have made and will have to make. But, let’s face it, they probably don’t deserve as much sympathy as the employees of Emoov who have lost their jobs in the run-up to Christmas.