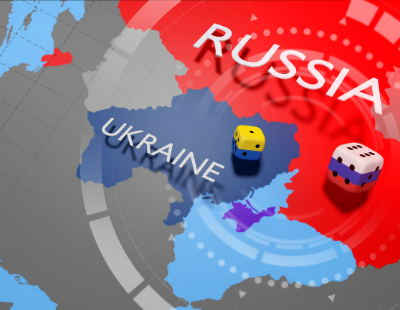 Despite the latest Halifax house price index showing a 10.8 per cent annual rise, a leading housing market analyst is warning that the brakes are being applied now thanks to the Ukraine crisis.

Karen Noye of business consultancy Quilter says: “The invasion in Ukraine continues to shock the world and its impact will ripple throughout the UK’s economy. One of the main reasons this could affect house prices is due to the West turning its back on Russian energy. At a time when energy costs were already set to soar, prices may go even higher than predicted.

“Even food could get more expensive with the price of wheat also set to rocket. All this means that first time buyers and prospective home movers simply have less cash to splash making them think twice about embarking on the expensive process of buying a new house, which could financially destabilise them at the worst possible time.

“On top of these barriers, any deposit for a house will be continually eroded by inflation reducing people’s spending power. The Bank of England before the Ukraine conflict predicted inflation to peak at 7.25 per cent in April, but the war may cause it to go higher and stay that way for longer.

“The only way to combat this will be to increase interest rates and naturally this will mean lenders are forced to take their cheaper mortgage deals off the shelves. This will further price people out of the market and potentially make others think twice before making a move. Those on long fixed rate mortgage deals will feel insulated by any huge interest rate spike for the time being but first time buyers or those coming to the end of their deals won’t have such luck and will see their monthly repayments bulge.

“Ultimately, 2022 could see house prices slow significantly if not drop as the economy deals with the prospect of war in Europe. However, the UK suffers a significant housing problem as there simply is not enough stock. Until the shortfall is met house prices are likely to stay relatively high. As a result, this continues to make the prospect of buying your first home incredibly difficult. With taxes likely to go up to pay for the pandemic response, the cost of living increasing and house prices staying incredibly high, there are few worse times to try and get on the housing ladder.”

Estate agents, perhaps taking a more immediate view of the market, have been buoyed by the latest Halifax findings.

Nathan Emerson, Propertymark chief executive, comments: “Agents are still reporting bidding wars and buyers who are migrating. Migration means that some buyers can bring with them a larger budget, especially if they are moving away from a city which can filter through to higher purchase prices.

“Many buyers who have lost out are still waiting in the wings. In January, our agents reported registering an average of 100 new potential buyers per branch. Coming into February we have seen an increasing number of valuation appointments and we are hopeful that more sellers will come to the market which will help to ease price rises."

And Jason Tebb, chief executive officer of OnTheMarket, adds:  “Double-digit price growth across many areas of the country underlines the strength of the market, which is far from limited to price hikes in the capital or the south-east. More stock is coming to market as you would expect as we head towards spring but it’s not keeping pace with pent-up demand. Decisions need to be made quickly, or buyers face missing out.

“As values continue to rise, sellers may be tempted to hold fire in order to achieve the maximum price for their homes but with many of them also moving up the ladder, the trading gap is widening all the time. If we see double-digit growth again this year, there’s a risk of being priced out of that upgrade, as affordability is stretched further still.”

Meanwhile Mike Scott, chief analyst at online agency Yopa, states: “Yopa expects the combination of limited supply of homes for sale with strong demand to continue until the summer, which will inevitably push prices even higher. Later in the year, however, we anticipate that the effect of rising inflation and interest rates on demand combined with supply levels beginning to recover is likely to slow the housing market down, though significant price falls are unlikely."

House prices hit record high but analyst questions if now is a good time to buy ...

Homeowners are now earning almost as much from their property as...