This time out, I speak to one of the industry’s biggest-hitters. Adrian Gill may have retired from frontline agency, having had a long and distinguished career in various director roles at Connells, LSL Property Services and Leaders Romans, but he still has an interest and involvement in the property industry.

He is chairman of Autoenhance.AI – a property photo editing tool - and a non-executive director at well-known property brand Reapit, as well as Telecom and Lifetime Legal.

Before he entered the world of property as Connells Finance Director in April 2002, he had been involved in the retail sector with roles at Lush (where he was Managing Director UK Retail) and WHSmith.

He’s a qualified chartered accountant, has a degree from the University of Southampton in Business, Economics and Accounting and spent the first seven years of his career as a manager at Ernst & Young in both London and Washington. 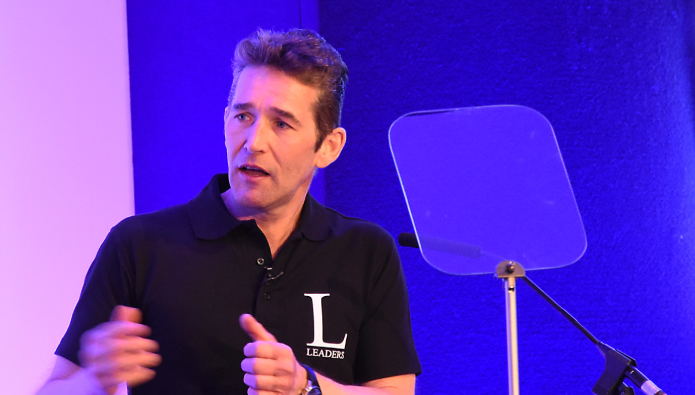 Adrian tells me he has also taken up blogging ‘in his old age’ and recently penned an excellent article on Estate Agent Today about the acquisition of Countrywide by his former employer Connells – and five reasons why it’ll be a success.

Here, we discuss agency consolidation in 2021, that major acquisition and whether Countrywide’s attempted retail revolution was always doomed to failure.

We’ve seen huge agency consolidation in 2021 so far – do you believe there is more to come?

I don’t think it’s possible for consolidation to continue on the same scale because some deals are one-offs and therefore won’t recur. However, others – which are strategic – signal a continuing trend. To understand more, let’s look at some examples:

Lettings-focused strategies employed by firms like Leaders Romans and Lomond Capital will continue as these strategies are very successful and their private equity owners have plenty of cash to spend. They look at three types of deals:

Each of the players in this market have slightly different approaches. For example, Lomond focuses on building pseudo-independent operations in diverse cities, whilst Leaders Romans stick close to its existing network.

Foxtons has recently started out on this strategy, which is sensible. However, it will need to be a fast learner about what works (and what doesn’t work) to avoid some expensive mistakes.

Regional expansion is a strategy adopted by Acorn and Dexters. These well-managed businesses look to buy independent agents adjacent to their core patch and build up those businesses. Whilst London has been in the doldrums, these two have taken advantage of softer prices to grow and will be profiting now we are in a stronger part of the cycle.

Does the industry benefit from the fewer and bigger agencies resulting from this trend?

UK estate agency is a local business; the biggest driver for success is how good your branch team are. For this reason, our industry is dominated by strong independent agents and I can’t see any reason for that to change.

Of course, there are advantages to being bigger – corporate agents make more money from selling conveyancing and mortgages and they also get better portal deals. This means that a good corporate branch will usually make more profit than a good independent.

However – as Countrywide ably demonstrated – running a successful corporate is a delicate balancing act and getting it wrong can be disastrous. That’s why I see a cycle where corporates perform well as they grow, but occasionally fall from their perch, resulting in the whole cycle starting again.

So far there has been little recent consolidation between online agencies and/or PropTech - are there any likely to come?

The PropTech market is thriving with hundreds (if not thousands) of ambitious entrepreneurs, but few have scaled sufficiently to become attractive acquisition targets. That said, a few are scaling up nicely – particularly in lettings - which will make them attractive. I expect a trickle of deals over the next 18 months.

Aside from Purplebricks, online agents are still struggling to succeed, although I’m impressed by the resilience of Yopa and Strike. There don’t appear to be many obvious benefits from merging two online agents and with Purplebricks focusing on organic growth, the only deals I can see here are last-resort rescue mergers.

Connells Group says it wants a 'new chapter’ approach to taking over Countrywide, so is it wise to keep a senior Countrywide figure, Paul Creffield, at the top table during the acquisition?

Paul has decades of knowledge about Countrywide’s B2B businesses and that will be invaluable in helping Connells to identify value and avoid mistakes. I’d expect this to be a relatively short-term assignment for Creff, who deserves a break after a long career.

You’ve written about the Connells/Countrywide acquisition being a good deal for all parties – and potentially the deal of the century – but is there anything that could cause it to turn sour? And do you think the CW brand name will disappear entirely?

By far Connells’ biggest risk is the state of the housing market and its timing looks perfect since instructions and sales are racing along. This means that the expanded Connells Group will make excellent profits in 2021 and facilitate any investments it chooses to make.

Countrywide’s failed management seemed to see its ‘house of brands’ as a weakness, but they were wrong. Estate agency branding is very local and changing names is often an expensive mistake.

Rebranding Countrywide won’t even be on Connells’ radar as it doesn’t change brand names without a compelling rationale. The Countrywide name will still be around for a long time and if you need evidence of this, just look at Sequence and its brands, which are all thriving nearly 20 years post-acquisition.

Before entering the world of agency, you were involved in the retail sector – was Countrywide’s attempted retail revolution always doomed to fail?

Unless you have an in-depth understanding of estate agency, it’s easy to believe that business success comes from selling houses; it doesn’t, it comes from winning instructions.

This causes a problem when managers from other industries fail to take the time or training to understand this truism. Countrywide’s leaders not only made this mistake, but they also combined it with arrogance and stubbornness.

Failure was inevitable, and they got what they deserved. I am just sad that they also derailed so many other people’s careers in the process.

Will Boomin succeed and what impact do you think it will have on the portals market?

Whether you like them or hate them, it’s hard to deny that Purplebricks shook up our industry. And the portals sector is ripe for a shake-up because there’s been little incentive for Rightmove and Zoopla to innovate. Therefore, I’m excited to watch Boomin’s progress.

Purplebricks made an impact for two main reasons: firstly, it crafted a really clever and simple message; and second, it spent a lot of money advertising that message. Can Michael Bruce repeat this formula with Boomin?

Money will be the easy part, because his previous success and willingness to risk his own money will mean he can raise a big war chest. Messaging will be more difficult because - unlike last time when he took on unpopular estate agents - the public don’t share the desire to shake-up Rightmove and Zoopla.

Verdict: I like the adverts and want to see Boomin succeed, but this is a huge challenge.

Lastly, you are now a non-exec for a number of PropTech firms – how important will tech be moving forward? And has this been supercharged by Covid?

Estate agency will remain a people business, so technology isn’t going to impact us like it did travel agencies, for example. However, that doesn’t prevent technology being used to improve almost every other aspect of our business life. For me, the acceleration of tech uptake during 2020 is the continuation of a wider acceptance of tech solutions that started much earlier.

Successful tech solutions will affect estate agency in a combination of three areas: improved property marketing via options such as virtual viewings or AI-enhanced property photos; faster processing of information; and cost reduction. My PropTech interests through Reapit and Autoenhance.AI are focused on bringing this sort of practical benefit to agents.

Great answers, Adrian - and keep up the blogging! Next time out I'll be speaking with Fine & Country's Nicky Stevenson, one of estate agency's leading female names, about women in property, the importance of training and what it takes to become part of the exclusive F&C network.