Hello and welcome to this week’s PJT, the destination where you can catch up with the key moves announced in the industry in recent days.

To let your colleagues and the rest of the industry know what’s happening with your company, please email us at press@estateagenttoday.co.uk - and we’d like images of your new recruits too. 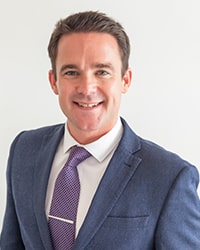 Let’s start this week in London with JOHNS&CO, the London estate agency specialising in new homes, which has announced a slew of promotions. 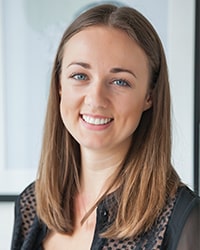 All three were previously managers within the business.

The promotions come at a time of steady growth for JOHNS&CO which recently announced the opening of a new office in Shanghai.

“Graeme, Ashley and Carla are hugely valued colleagues at JOHNS&CO who have led and grown their respective teams over recent years and without whom our overall business growth would not have been possible. They go above and beyond every day of the week, they embody everything JOHNS&CO stands for” says John Morley, the agency’s founder and managing director. 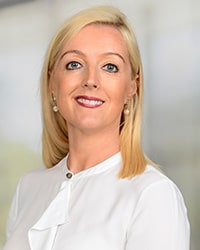 Still in the capital, Savills has announced that it’s expanded its prime core London residential business with specialised teams now in place in each of its 40 offices.

Bolstered by key new appointments, Savills claims it now has the largest and most experienced operation in the capital focused on this sector of the market.

This all follows the arrival of Liza-Jane Kelly who joined last year. A founder of Marsh & Parsons, Liza-Jane was instrumental in developing its office network and has worked in London estate agency for over 20 years.

Franchise giant Belvoir has been making lots of optimistic announcements of late, i eluding a new one revealing that David Newton - former IT and marketing director of Newton Fallowell - has been promoted to take the same role across all of Belvoir’s four core brands.

David, who has over 15 years of experience working in estate agency franchising, will be focusing on marketing and IT integration across all four brands within the group – Belvoir, Newton Fallowell, Northwood and Goodchilds.

Speaking of his new role, David says: “The bigger projects that I will be working on will include improvements to the websites to help convert more leads for our franchisees, integration of the property management software with our other software providers, as well as Brook Financial Services and MAB Gloucester to help drive more mortgage appointments on behalf of our franchisees.”

You may also have spotted news at the end of last week that Belvoir’s founder, Mike Goddard, has now stepped down as chair of the company, two years after quitting as its chief executive officer.

Taking over as chairman is industry veteran Michael Stoop, who has 40 years experience in the industry, much of it involved with franchise operations. During that time he has been managing director of Winkworth, was the head of Xperience (the agency franchising arm of Legal & General), was group managing director at Martin & Co - now named The Property Franchise Group - and is still involved on the board of at least one PropTech company. Michael is, in addition, vice-chairman of The Property Ombudsman. 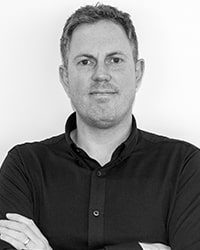 Now on to PropTech and there’s yet another new portal aggregator on the block.

It’s called Placebuzz, and it has named Neil Tillott as business director, charged with expanding the site’s commercial partnerships and revenue streams with housebuilders, finance and insurance companies amongst others.

He joins from The Running Bug, a start-up where he was director of sales.

“It’s an exciting time to join Placebuzz as it grows into one of the UK’s ‘go to’ super-fast property portals for sales and lettings, increasing its market share and offering to the consumer as well as delivering tens of thousands of leads to our partners each month. Having already worked with global companies across commercial and digital platforms Placebuzz is the perfect fit” he says.

More portal news, this time OneDome which is about to launch a marketing campaign targeting would-be consumers. It’s appropriate, therefore, that the portal has added two new marketing execs to its team.

And Jon Bishop is vice president of marketing at OneDome, having worked at big tech and start-up companies like eBay, PayPal and Funding Circle.

The pair will work on what the portal calls “a targeted marketing campaign to promote OneDome's property search portal to home movers with a focus on people who are ready to transact.”

That’s it for this week. Next week sees another Bank Holiday (we’re not complaining - great, aren’t they?) so we’re back with the next PJT on Monday June 3.