Hello and welcome to Property Jobs Today - because of the flurry of Bank Holidays at this time of year, it’s our first edition for two weeks…and the next one is a fortnight away.

Before we kick off, a gentle reminder: if you email us your company’s jobs news on press@estateagenttoday.co.uk we’ll tell the industry.

Right, off we go with London-focussed agency JLL which has appointed George Vernon to help establish a dedicated Mayfair and Marylebone lettings team.

George Vernon has primarily focused on super prime residential property within Mayfair and Marylebone since 2013. Together with Phoebe Tye, who joins from JLL’s Knightsbridge office, they are committed to providing clients with expert local property market knowledge and professional lettings advice.

And now to Savills, which has appointed Alex Jeffrey as chief executive officer of Savills Investment Management.

He will join the firm in late 2019 and be based in Singapore; he’ll also become a member of the Savills plc group executive board.

Alex will be responsible for leading the next stage of Savills IM's global growth; he was previously Head of Asia Pacific for M&G Investments, with responsibility for the development and leadership of the company's business across all investment sectors in the region.

Prior to this, he was chief executive of M&G Real Estate, based in London. 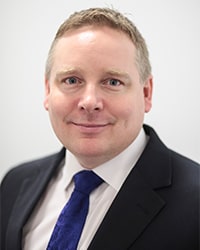 Now news from Carter Jonas, which has appointed Matthew Ellams, Partner, to the senior team of its Leeds-based Architecture & Building Consultancy.

Matthew joins from Kings College Hospital NHS Foundation Trust in London, where he was Head of Construction – responsible for the planning and management of all construction activities undertaken by the Trust, including the installation of a helipad on an existing 10-storey building.

Having worked in the field for over 20 years, he is relocating from London to Leeds to develop the Architecture & Building Consultancy across the North.

Dawson brings 16 years of experience in managing global technology platforms across multiple asset classes including DPD Group, Rolls-Royce and EMBL. In this new role, he’ll be responsible for driving forward software innovation, enabling estate agents with the right tools to deliver the best experience to those buying, selling, letting and renting residential properties.

Chief executive Gary Barker says:“We’re delighted to welcome Dawson. Appointing him to CTO is testament to our dedication of putting our customers’ success at the heart of the business. Dawson’s role and his wealth of expertise and knowledge will translate into significant value for our customers, and we look forward to pushing the boundaries in PropTech solutions.”

Reapit says the role of CTO is expected to intensify the company’s capability to proactively support its clients in their future technology needs, taking the company a step closer to fulfilling its vision of being the global platform of choice for estate agents.

PropTech company Gazeal has been in the news recently after signing a deal with the Bold Legal Group for members to join its conveyancing panel.

It’s now named industry coach and mentor Bryan Mansell as the person setting up an in-house training academy for Gazeal.

Bryan has held managing director roles at Your Move and Countrywide estate agents, is the co-founder of training consultancy Allstars, and will assume a non-executive role at Gazeal.

He will work alongside Gazeal to train estate agents, signed up to the system that legally binds both buyer and seller to the sale, to become Gazeal-approved.

That’s the jobs news for this week - we’re back in a fortnight on the next ‘working’ Monday, May 13. Until then…

Although the shake-out in the industry is ongoing - online agency...