Hello and welcome to this week’s PJT, your weekly chance to catch up on major moves in our industry.

Everyone here has been in touch by emailing press@estateagenttoday.co.uk - please just do the same and we’ll take it from there.

Let’s start this week with news that Hunters, has appointed Dan Rafferty as Chief Operating Officer. 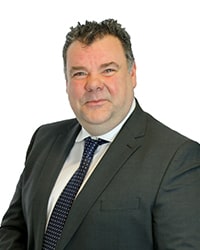 He’s best known for his 14 year spell at Foxtons as its chief information office. In his new role he’ll hold overall responsibility for the execution of a programme to help improve the productivity and efficiency of the company’s highly commended customer service offering and its digital marketing strategy.

He says: “I really look forward to a new series of challenges and opportunities at Hunters. The company continues to build upon its excellent reputation within the industry and has an ambitious growth plan in place, which I look forward to contributing towards. The industry is undergoing changes and Hunters is a brand which understands that.”

Now news from Warwickshire-based estate agency Inside Homes appointment of Frankie Franklin as its new sales director, just a year after joining as a branch manager.

Frankie’s background of running her own business has brought plenty of new thinking and business insights to the company.

Speaking of her new role she says: “I’m delighted to be given this opportunity to grow my career at Inside Homes and continue to offer local property owners the very best in service and sales expertise.”

Two new appointments have been revealed by Spicerhaart Part Exchange and Assisted Move. 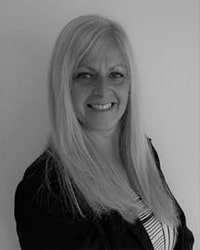 Denise Appleby (left) joins the team as Business Development Manager for the South East, where she will cover Essex, Kent and East Anglia while Lucy Folly joined as a consultant in the Sheffield office.

Denise, who lives in Southend-on-Sea in Essex, has 19 years’ experience in the new build industry.

She started her career at Barratt Homes where she was a sales adviser for 11 years before moving to Essex based developer, Countryside Properties. Most recently, Denise was Business Development Manager at a conveyancing practice specialising in new build conveyancing.

At Spicerhaart, Denise’s key responsibilities will be to obtain and maintain part exchange and assisted move business from new build developers throughout the area.

“Having worked for developers, I understand part-exchange from the developer’s perspective. I am also familiar with senior members of staff at many of the large house builders so I will bring all that experience with me” she says.

Lucy - who was previously business manager at Clinique and before that worked as a travel agent at Tui – says she is looking forward to working with the part exchange & assisted move team, and learning, and developing within this industry.

"I believe that my strong selling and management background will support me within this job role” she says. 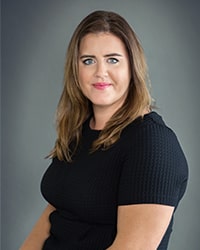 Meanwhile in London Knight Frank has promoted Rebecca Higgins and Edward Sainter to head up its Clapham and Chiswick sales offices.

Both have extensive local experience with Rebecca moving from Knight Frank’s Wandsworth office and Edward from Barnes.

In her 10 years at Knight Frank, Rebecca has risen through the ranks at an impressive rate. Starting as an office manager, she worked as a lettings negotiator before moving to Wandsworth, where she became one of the leading local sales agents. 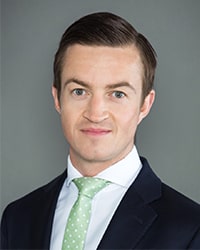 Edward has worked in the Borough of Richmond for 13 years and is a go-to expert for the local sales market.

He started as a negotiator for Foxtons in Richmond before being promoted to a sales valuer after two years. He was then the sales manager for Hamptons in Barnes before moving to Knight Frank in 2014 to assist with the opening of its Barnes office.

Philip has over three decades of experience in the residential property market and is the former Managing Partner of Knight Frank's Buying Division, The Buying Solution.

Philip says: “After a lifetime in the property industry, the one single thing that I wish that I had available to me is the Loop research platform. An amazing addition to the property professional's toolkit and I'm so pleased to be joining to help with the launch and promotion of Loop's unbelievable new software.”

That’s it for this week: we’re back next Monday of course, so until then...