Hello, welcome to a new week and to PJT, your regular Monday round-up of jobs news in the industry.

Do please let us know of appointments and moves in your business - just email us on press@estateagenttoday.co.uk and include a picture or two as well.

Starting in London this week…

There are two new faces with prime London agency Harding Green, one of a growing number of firms that operate with freelance property agents.

With a property career that spans 20 years, Adrian Bedloe joins as a consultant, working both remotely and from the firm’s office at Kensington Court Place.

Adrian previously worked at Hamptons International and James Anderson Estate Agents and says his new jobs “offers all that a traditional agency does, but with the flexibility of working remotely. This concept for example enables me to be at home more with my family and spend less time commuting.”

Adrian and Jack now form a team of nine people at Harding Green. 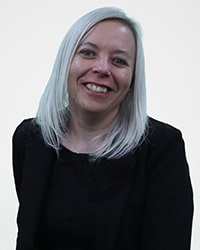 There are two new faces, too, at IAM Property, the parent company of Modern Method of Auction operator IAM Sold.

Hayley Ridal has joined as Business Development Manager, having previously worked at industry print operator Ravensworth and at the Relocation Agent Network.

Her role is to grow the IAM Property agent network, promote products and promote IAM Sold as its flagship offering. 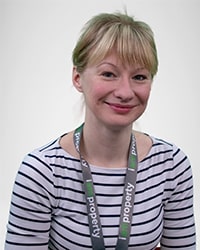 She joins as Head of Marketing, tasked with developing the IAM Property brand strategy and launching new products and services.

One of the best known faces in high end agency, Knight Frank’s Robert Orr-Ewing, retired from the company last month.

Daniel Daggers, one of Knight Frank’s super-prime agents, paid a glowing tribute to Robert on Instagram, saying: “Robert Orr-Ewing.. or more fondly known as Bert. Bert is a LEGEND.  …  He’s been at Knight Frank for longer than you can imagine, set up the lettings business and many other departments of our company which are now fundamental and profitable including ‘Leasehold Reform’.

“More importantly Bert is one of the nicest humans I’ve ever had the pleasure knowing let alone working with. Charming, friendly, knowledgeable, accepting, hardworking and all round good guy with incredible foresight. … What an insightful and open minded man. We’re going to miss him!” 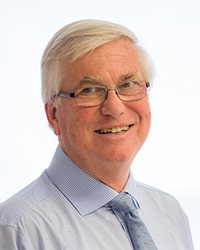 There’s a retirement, too, at the Henry Adams agency, where Richard Williscroft has stepped down after 27 years.

Richard launched the estate agency arm of the business in 1992 when he joined his former colleague Henry Adams who had set up his agricultural business a year earlier with Simon Lush, still an active partner at the company today.

“Henry Adams is unique in the region with our range of services” says Richard. “It’s one of our key strengths. We are simply different and it has given us a lot of stability over the years.”

Gillian was Head of Private Finance at the former social housing regulator, the Homes & Communities Agency, where for 13 years she was responsible for relationships with lenders, investors, advisers and credit rating agencies operating in the social housing sector.

And finally this week Retirement Villages Group, one of the UK’s largest retirement community developer and operator with 16 villages, has appointed Will Bax new Chief Executive from this month, April.

Will was previously Executive Director at Grosvenor Group with responsibility for the management and development of its 300-acre central London estate.

That's it for another seven days, so until next Monday...