Hello - here we are once again with the weekly round-up of key moves in the agency and related industries.

We’re letting you know about these appointments because we’ve been told by email on press@estateagenttoday.co.uk - please do the same and we’ll inform the industry of what’s happening with your company.

Let’s start this week in London where Marsh & Parsons’ Queen’s Park associate director Callum Hodgson has been promoted to area sales director for the North West London region after almost six years at the company.

Under his leadership, Marsh & Parsons’ Queen’s Park office says it became the leading local agent after just 12 months of opening. Still based in Queen’s Park, Callum will now also be responsible for Marsh & Parsons offices in Tufnell Park and Little Venice, as well as recently launched Willesden Green.

“All of the training and development I’ve had at Marsh & Parsons over the last few years has undoubtedly helped me achieve my career goals, and I look forward managing a larger portfolio of people, clients and offices.”

Shameem, who was head of Rightmove’s overseas property operation for seven years, is starting his new enterprise in Norfolk before rolling out to the rest of the UK.

Bowing out of agency for good is controversial Cornish figure Chris Wood, who rose to prominence in recent years for taking to task the likes of Purplebricks, the NAEA, Zoopla and others - including agents who he accused of so-called ‘portal juggling’.

Now he has closed down his single-office PDQ Estates office in Helston and says: “My family and friends have been urging me to get off the roller coaster for some considerable time and it is high time I acted on their wise and well-meaning advice.” 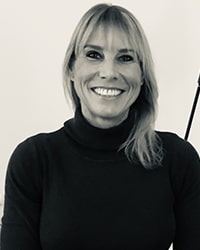 The York based property auction business MyBid4it has appointed Penny Zannikos as a consultant and account manager.

She has almost two decades of experience in lettings and sales, having worked at Linley and Simpson, Countrywide and RM English.

“Her motivation and skills will help propel the brand to greater levels and I’m delighted to have Penny come on board” says managing director Charlie Lancaster.

Now onto industry supplier to StepLadder, a peer to peer platform that focuses on helping first time buyers raise deposits. Alex Corley Smith will be joining the start-up as head of partnerships and Osei Downes will be joining as head of growth.

That’s it for this week - keep in touch with us as moves are announced in your agency and company. We’re back next Monday, so until then…