Hello and welcome to this half-term week’s PJT, your regular Monday opportunity to catch up with the key personnel changes in the industry.

If you’re on the move please let us know - just email press@estateagenttoday.co.uk and we’ll let everyone know.

Max joins from Long Harbour where for the past two years he specialised in Build to Rent acquisitions across the UK; prior to that he has worked at Allsop LLP, Henderson Global Investors and Knight Frank.

His role at Cheffins will encompass co-ordinating all activity within the residential development field - integral to Cheffins’ commitment to growing the planning and development business.

Max, who comes from an East Anglian farming background, says: “The new role will enable me to advise both existing and prospective clients on their development opportunities and work closely with the rest of the Cheffins departments to provide a comprehensive service through planning, development and disposals through the new homes team in addition to identifying and generating further opportunities.”

Now let’s head to Cardiff where Justin Millett has been appointed lead director at JLL’s office in the city - he replaces Chris Sutton who has left the company to pursue his own consultancy practice after 12 successful years.

Alongside his role as lead director, Justin will continue as JLL's head of capital markets in Wales, a role which includes the development, funding, acquisition and disposal of property investments across all sectors.

"We are involved in a range of major projects and transactions that play an important role in shaping our region's towns and cities” explains Justin.

"In these uncertain political times, clients are seeking innovative, well researched advice from established and trusted advisers such as JLL. In response to client's needs, we have continued to grow and strengthen our Cardiff team and I'm delighted to announce a number of key appointments."

Elsewhere in the organisation, director Paul Champken has been promoted to head of building consultancy in Cardiff, taking over from Jonathan Churchill who remains as a consultant for JLL.

And Sarah Hazell also joining as a surveyor in the seven-strong building team, after four years at Cushman & Wakefield.

Andrew Flower has also joined JLL as an associate specialising in business rates advice and brings with him over 10 years of experience.

Meanwhile associate Heather Lawrence is now head of industrial agency, with support from Kate Openshaw who has joined the agency team as a graduate surveyor.

On the portal front, Zoopla has made four senior hires in recent days.

One is Holly Westall, new head of product in property marketing; she arrives from Scout24, the German online listings company, where she was also head of product. Her focus will be on ensuring value to partners, particularly with regards to listing marketing, property valuations and inventory acquisition tools and services.

Paul Hammond is the new head of engineering. Paul previously held software leadership roles at eBay and Microsoft (including MSN and Skype). His focus will be on the consumer, specifically developing and improving Zoopla’s web and mobile user experiences. 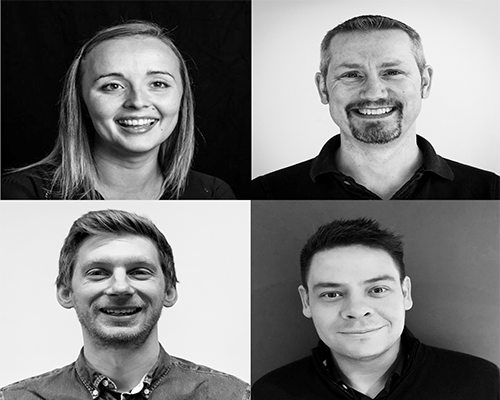 Meanwhile Carl Olivier, former senior portfolio lead at Skype and director of product management at cloud communications platform Twilio is Zoopla’s new head of product for software and productivity. Carl will oversee the raft of tools Zoopla creates for agents.

Then there’s Peter Sellwood, the new head of engineering for Zoopla’s software division, he joins from American Express where he was latterly engineering director. His new brief is to develop the portal’s estate agent customer management products.

Heading north to the mortgage sector, Newcastle-based Bradley Hall mortgages has named Sarah Walmsley as senior mortgage and protection manager following 16 years in the industry, including at Reeds Rains.

Director of mortgages and finance for Bradley Hall, Lewis Chambers, says: “Our newly strengthened team is now able to continue offering the high level of service we have become known for to even more clients … Demand for our services continued to grow at a steady pace, especially within the North East. The house buying market, including first time buyers and those moving up the property ladder, is buoyant, and this prosperity looks set to continue.”

Kwok Tao Chan also joins the company to work as a senior BTL underwriter, coming from Atom Bank and bringing 15 years of financial services experience to the team.

The loan operations team has also made a string of internal promotions, including that of Gareth Thomas, making the move from senior underwriter to BTL team leader.

Finally this week…well, it’s not a new job - far from it. Instead, it’s a big congratulations from Estate Agent Today to Wilfred Tienzo, who is marking 20 years as head of IT at Winkworth Franchising.

Since joining the company in 1999 as an assistant to Alex Ho Terry, Wilfred has grown Winkworth’s IT offering including helping the firm become one of the first agencies with an online presence and bringing in innovations such as virtual 360 tours and a mobile specific site. 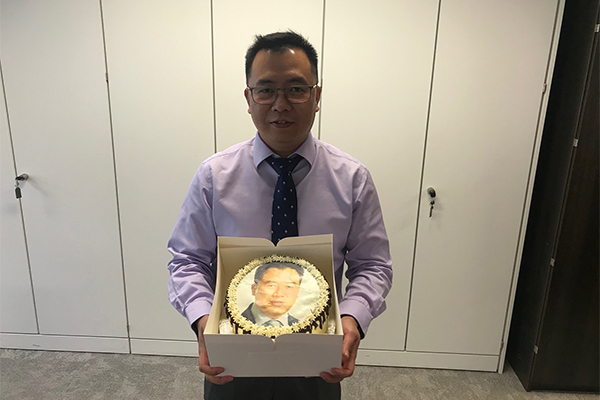 Wilfred says: “Winkworth has been my home for the past 20 years and has been a place where I’ve been given the freedom and support to grow, try new things and push myself professionally and personally. It’s a great place to be, but I am looking forward to some extra holiday now I have a great team in place to run everything for me!”

Thanks to Winkworth for letting us know about this great story.

That’s it for now - please check back in next Monday, but until then…