Welcome back to Property Jobs Today - your Monday roundup of all the latest employment news from the industry.

If you have some recruitment news you'd like us to feature, all you need to do is get in touch with us on press@estateagenttoday.co.uk and we'll do the rest.

On with this week's update...

We start off with national estate agency network Sequence, which has appointed Nicole Shipperley as a new homes investment manager. 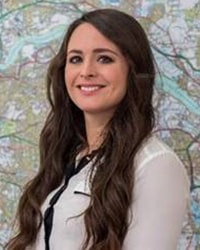 Nicole, who will retain her role within the new homes sales team for Sequence brand Barnard Marcus, will act as a single point of contact for developers and investors.

She'll be on-hand to help developers looking to sell off-plan units and investors looking to get the best returns from their property deals.

"Strong appetite remains for investment opportunities and, by providing this resource, we can give customers access to exclusive developer stock nationally and offer a ‘complete package’ to developers," says Nicole.

Heading further north, now, to leading property consultancy Galbraith, which is continuing to expand its presence and range of services in northern England following its merger with Land Factor in April.

The agency has marked the next step of the merger by appointing experience agent Sam Gibson as senior associate and head of residential agency.

Sam will be joined by Heather Hardy, who he has worked with previously, to run the agency's new Hexham office from early November.

"We are delighted that we have attracted such a high calibre team to launch and develop our residential agency services in the North of England," says Simon Brown, Galbraith's head of agency.

"Sam and Heather will cover the region from our Hexham and Penrith offices and link with our teams based in Edinburgh, Galashiels and Kelso and we really look forward to their arrival shortly."

Over in the PropTech sector, there's a return to the industry for former Countrywide chairman Oren Peleg. 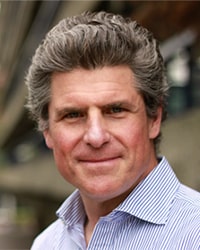 Oren has been appointed as chairman of Bricklane, the digital property investment platform which last week announced additional investment of £4.7 million.

As well as preparing Countrywide for its launch on the stock market, Oren has also worked as the global chief executive for Fitness First.

"I’m really excited to be joining Bricklane at this inflection point in the business’ and sector's trajectory," says Oren.

"With legislation changes making it less attractive for individuals to be buy-to-let landlords, alongside growing demand for high quality rental stock from tenants, it’s a great time to be using technology to allow rapid and scaled accumulation of this asset class by professional investors and institutions." 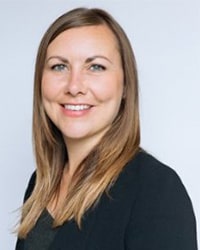 Back to agency and Winkworth has announced the promotion of Lucy King to head of talent (new franchising and recruitment).

Lucy will be tasked with bringing in new franchisee talent, ensuring top quality management is in place across the group and overseeing the companywide recruitment process.

She's been head of recruitment at the franchise agency for almost three years, during which time she has set up its first internal recruitment department which is now achieving great results for offices across the group.

"This is a highly deserved promotion for Lucy, who has worked tirelessly over the last few years to provide our offices with the best quality staff to drive their success," says Dominic Agace, Winkworth chief executive.

"[She] has a great opportunity ahead to help shape the future of our franchise, not only by bringing in the very best staff, but also finding and securing the highest calibre of franchisee."

Lucy adds: "I’m really delighted to have the opportunity to extend the scope of my role and play an active part in the new franchising side of the business."

"I firmly believe that success lies in the people we have on board and I hope that in my new role I can really make a difference with the new talent that I help to bring in."

In other employment news this week, Yopa has announced that it is looking for a new chief executive following Ben Poynter's decision to step down.

That's it for this week. We'll be back again next week with another instalment of Property Jobs Today.

You may have noticed some subtle changes to Estate Agent Today...