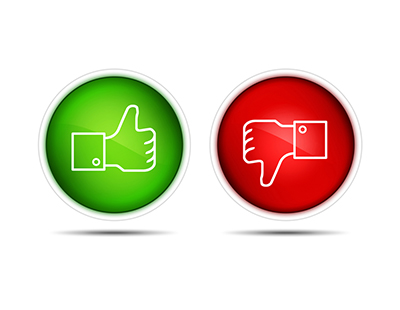 An OnTheMarket sales rep - who now no longer works for the company - wrote a critical review of an independent estate agency which declined to sign up to the portal after being cold called.

Russell Moxley, who runs County Estate Agents in Whitstable, says his firm received “lots and lots and lots” of cold calls from OnTheMarket reps in recent weeks as the portal seeks to build its inventory and advertisers.

Moxley claims this in itself may be contrary to the recently introduced GDPR legislation but his chief complaint was about a Google review of his agency left by an individual who had previously been one of the cold callers to the branch on behalf of OTM.

A spokesperson for OnTheMarket said yesterday evening: “The publication of the Google review is an incident involving a single member of temporary staff who no longer works for the company. The negative review has been deleted and we have written to County Estate Agents with our sincere apologies."

The original review left by the rep stated:

“The receptionist here is very rude and belittling. I would not recommend this company as it makes me wonder what the other staff are like.”

Moxley disputes the allegation that the person answering the telephone on behalf of the company was rude, but also contends that it was unethical for a rep to leave a review about a company’s performance when that rep made contact only to persuade the company to sign up.

Over the weekend Moxley - who contacted OnTheMarket and Google to get the hostile review removed, and who contacted Estate Agent Today to pass on the story - himself answered the Google review with this statement:

“As you work for On The Market and have made an unsolicited sales call to our office which breached data protection laws and as the call was not welcomed by us, your review does not give as true and accurate account of our service. We are now in the process of taking this matter up with your office and note you have also carried out a similar negative review on what would appear to be another agent’s site who also does not appear to have time for cold callers!”

You can see a redacted version of the review and response below: 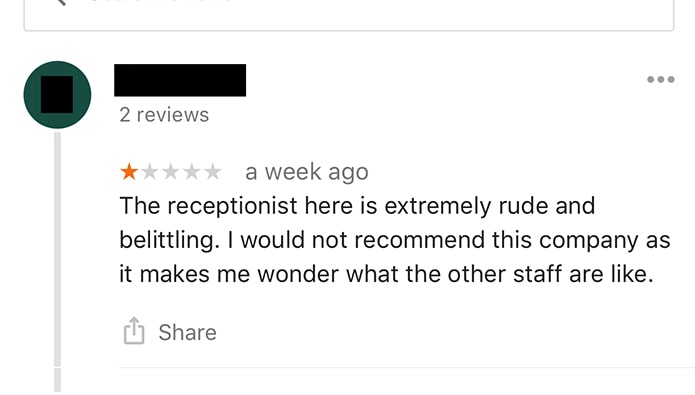 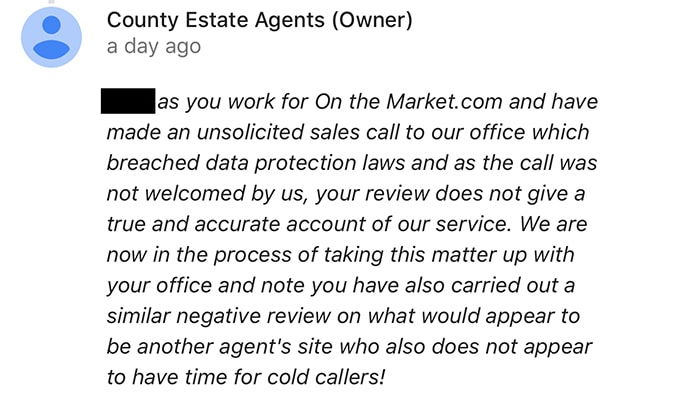 They're not quite over yet - final County ESTAS awards just announced ...

The final winners’ list for this year’s ESTAS Awards has just...

The trading standards team of a county council has taken the...

allAgents has announced that Google reviews will be integrated onto its...