Hello and welcome to Property Jobs Today, the regular Monday round-up of moves and changes in our industry.

Do please let us know of changes where you are - an email to press@estateagenttoday.co.uk will do the trick.

Why not start with the new presidents of the NAEA and ARLA?

Mark became a member of the NAEA 36 years ago and has 41 years of agency experience. In 1996 he joined Paul Carr Estate Agents as a director; the company is now the largest independent estate agency in the West Midlands.

With more than 30 years’ experience, Peter has worked across student lets as well as diplomatic and premium leases. This is his second term as president; he has recently been involved in launching a new software tool to help with the government’s building information modelling initiative.

In London, Savills is reported to have named Liza-Jane Kelly as the head of its prime core market sales team.

Let’s swing over to Milton Keynes where Connells has a new area manager - Jonathan Mortimer - who is charged with developing teams in the region. 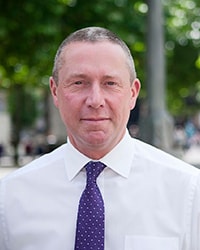 Jonathan knows the firm well - he started his estate agency career with Connells as a negotiator in the High Wycombe branch in the 1980s under the guidance of his first branch manager, and now Connells Group Chairman, Stephen Shipperley.

Having set up how own agency, Mortimer’s, in Aylesbury he now rejoins Connells.

“Having worked on ‘both sides of the fence’, I’m thrilled to be back at Connells. Due to the breadth of expertise within the business and spirit of opportunity, Connells is the only corporate agency I would want to work for” explains Jonathan.-

Meanwhile in Yorkshire an estate agent with more than 14 years of UK and international industry experience has been appointed to head up Dacre, Son & Hartley’s busy Skipton office.

Julia Green joins the firm as office manager, she will lead a team of eight who deal with sales and lettings.

Julia has worked for agents in Richmond upon Thames, Chiswick and Chelsea, as well as working for Allsopp & Allsopp in Dubai as a sales and leasing real estate agent.

“It’s a great opportunity for me to achieve recognition and a growing reputation in the local property market.  I am delighted to be back in Yorkshire after more than 20 years living in London” explains Julie.

Always from pure agency, who else is on the move in our industry?

Louise will be leading the team in a marketing strategy across new and existing channels, driving growth and awareness of the brand across the market.

“My focus will be on promoting the brand with the goal of making the company the first port of call for home movers across the UK” she says.

Finally this week Landbay, the specialist buy-to-let mortgage lender, has appointed Ian Hall as regional manager for the north of England. 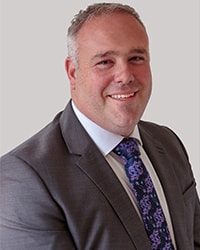 His career in the mortgage industry has spanned over 12 years, with specific experience of working on complex buy-to-let cases.

“Landbay has quickly established itself as an innovative and responsive lender in the buy-to-let space, with a compelling, innovative and sector disrupting approach to lending. I’m looking forward to bringing my experience to the business, strengthening its reputation as a leading specialist lender at a time of rapid growth for the company and sector as a whole” says Ian.

That’s it for this week. Until next time...