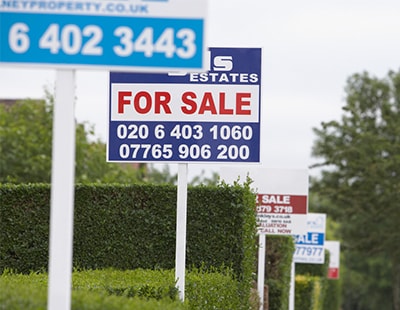 Estate agents are making buyers and sellers feel pressured into paying for additional services so as not to miss out on a property, a consumer group alleges.

The Homeowners Alliance has conducted a survey with results claiming that 25 per cent of those using an agent to sell or buy felt under pressure to use the agent’s in-house mortgage, surveying or legal services.

Slightly fewer felt under pressure to buy surveys from the estate agent (41 per cent) with other services like insurance and EPCs further behind.

Paula Higgins, chief executive at Homeowners Alliance says the findings highlight the need for buyers and sellers to stand strong by knowing their rights: only by shopping around can they be sure they’re getting the best deal.

“The great majority of estate agents are upstanding and a vital part of the home buying and selling process, but sadly a small number may be encouraging their clients to use their services for all the wrong reasons, not to help smooth the process but for financial gain” says Homeowners Alliance chief executive Paula Higgins.

“Any estate agent that favours buyers who use in house services are doing a disservice to the seller as well. Sellers can also lose out because estate agents have an incentive to sell a property to a buyer who is taking out a mortgage or life insurance with them rather than one that isn’t” she says.

Now the HOA is calling on the government to ban agents from being able to sell services to parties on both sides of the same transaction - that is, selling services to the buyer while acting for the seller.

It says this “clear conflict of interest” can be detrimental to both buyers and sellers, and is banned in other professional sectors such as accountancy or law.   As a minimum, there needs to better enforcement of the existing regulation that requires all estate agents to declare their referral fees, so those estate agents taking advantage of their unique position are penalised, the association says.

The call comes on the same day as the Council for Licensed Conveyancers has called on the government to resist banning referral fees and to allow conveyancers to act for both sides of a transaction if called on to do so.

One in five sellers suffer a fall-through costing them an average...

The vast majority of sellers surveyed by a consumer group say...