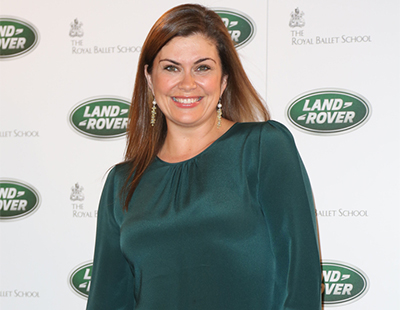 The average fee paid by sellers to high street estate agents in the past year is £4,055 claims Purplebricks - an increase of eight per cent, significantly above inflation.

The claim is made in a new phase of the ‘Commisery’ campaign launched today and involving TV property presenter Amanda Lamb.

The hybrid agency says the £4,055 figure comes from analysis of Land Registry data and In high-priced areas such as London, the commission paid has almost hit £11,000.

“This campaign will open people’s eyes to commisery – the misery you feel when you’ve forked out thousands on commission and haven’t got anything more for your money” says Lamb.

“Research shows that 95 per cent of people don’t realise exactly what they are paying in commission, until the bill hits and this needs to change. It is virtual money because it isn’t paid up front and in some ways the amount is hidden until the last moment. Factoring in VAT is something people forget to do as well, so what starts as a low percentage on paper adds up into a considerable sum in commission paid” she adds.

Purplebricks says traditional agency fees have - in its words - “skyrocketed as house prices have risen.”

In the 12 months to September the total value of houses sold in the UK through high street agents was £227 billion, on which they earned £4.089 billion, the equivalent of £4,055 per sale.

In the previous 12 months the average commission earned from each sale was £3,761 while in 2014 it was £3,449. Purplebricks says that as house prices have gone up, so has the amount of commission paid - up 15 per cent in two years.

In the North East, the cheapest region in Great Britain where the average price of property is £124,750, Purplebricks claims traditional high street agents have made £48m in 2016 on fees, taking an average commission of £2,352 per sale.

“People too often engage an estate agent without realising or thinking about whether there is a better alternative. The service they receive is the same whether the house is valued at £100,000 or £1m, therefore the fee paid for securing the sale should be the same” claims Michael Bruce, Purplebricks’ chief executive.

A founder of Purplebricks, Michael Bruce, suggests there was nothing wrong...

Purplebricks has spent £26.7m on marketing in the past year -...

The creative agency behind the new round of Purplebricks Commisery TV...