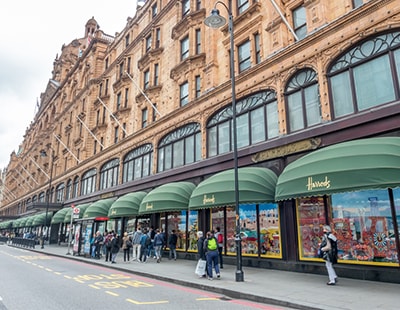 The Middle Eastern property development company Emaar - at one time the owner of Hamptons International estate agency - is using Harrods to publicise its homes on sale in Dubai, with the guidance of agents from central London company Harrods Estates.

The windows and second floor of the world famous Harrods store at Knightsbridge are being transformed into what the developer calls “a spectacular 2017 Dubai property showcase” running from next week until the end of August.

It claims footfall in the area of the store it will be using is around 205,000 per month and that this latest marketing campaign build on a similar - but smaller - exercise in the same store last year.

The campaign has already been launched with a marketing installation and sales suite within five window bays along Harrods’ Brompton Road entrance. This houses a seven feet high scale model of The Tower at Dubai Creek Harbour; the second window contains a 60” television showing a computer generated fly-through of the scheme, while the third window contains a scale model.

The marketing area including some wooden flooring, a Versace carpet and a marble coffee table, along with five touch screens; advisers from the central London agency Harrods Estates will be on hand to answer queries.

“Homes in Dubai are a third of the price of a typical new build London apartment” claims Simon Barry, head of new residential developments at Harrods Estates.

“The 2016 sales exhibition with Emaar attracted buyers from London, continental Europe, the Middle East and Asia and we expect this pattern to be replicated in 2017. There is no other department store in the world like Harrods, where someone can come in and buy a property” he adds.