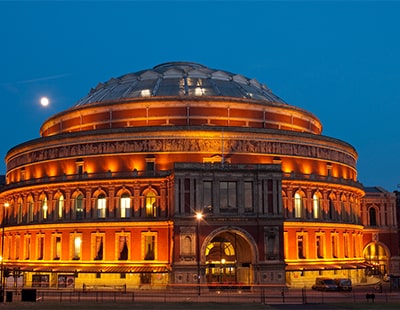 The 12-seat golden box in the Hall’s Grand Tier is only the second to appear on the market in over a decade.

“More often than not, Grand Tier Boxes at The Royal Albert Hall are bequeathed, rarely going on the market for sale. This particular box is generously accommodated with 12 seats and located two boxes away from The Royal Box – a privilege to say the least” claims Jake Irwin-Brown from Harrods Estates’ Knightsbridge Office.

“There’s no denying a purchase such as this is an emotive buy, but also boxes of this nature appreciate greatly over time. Back in the day, boxes sold for a mere £80 a seat, which illustrates what a sound investment it is, with the potential for passive income, if and when the seats are let out. Not forgetting the feel-good aspect of social conscience; in support and association with the Teenage Cancer Trust’s annual concerts’ and Corporation of Arts and Science, respectively“ he adds.

The buyer will automatically be granted a membership to the Corporation of the Halls of Arts and Science. As a member, the Box owner will be responsible for duties such as electing the Council and the Hall’s President, approving the level of the annual contribution, and ensuring that the purposes and traditions of the Corporation are upheld.

In recent weeks our sister title Letting Agent Today has reported on agents diversifying into renting out parking spaces as well as flats and houses; a sticky market leads to diversification in the sales sector too, it seems.

The Middle Eastern property development company Emaar - at one time...

Property Jobs Today - agents and portal people on the move... ...

Hello and welcome to this week’s Property Jobs Today. If you...