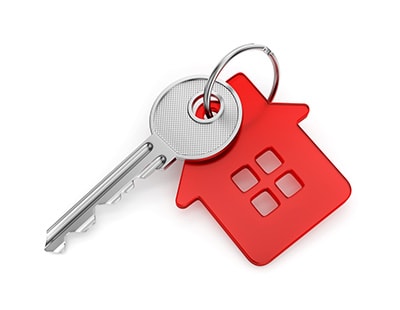 What a difference two months and some local elections make.

Cast your minds back to March 9 and the annual report of the Chartered Institute of Housing. Did you not read it? Well here’s a summary of part of it.

It reported that the results of in-depth research it conducted into Right To Buy showed that the initiative, first introduced under Margaret Thatcher four decades ago, had led to a decline in the size and success of the social rent sector.

And that far from boosting private ownership and owner-occupation, as had been promised by original advocates of the idea, the CIH research showed that some 40 per cent of homes purchased under Right To Buy - that’s around 1.1m - were actually now being let out by private landlords.

On top of that there were a raft of social consequences of Right To Buy, such as widening inequality as those council tenants unable to buy their properties were increasingly ghettoized.

The shortcomings were exacerbated, the CIH said, by restrictions on reinvesting the capital receipts from Right To Buy in new council or social housing.

The report didn’t mince its words, stating: “Right To Buy has become a strategic failure in England and, unless reconsidered, the policy will continue to generate uneven spatial and social impacts, contributing to social disadvantage and exacerbating inequalities.”

Fast forward to a few days ago and the government’s pledge, released a few days before the local elections, to extend Right To Buy to housing associations - the very social housing sector squeezed as a result of the original RTB initiative.

Notwithstanding the fact that the Conservatives have announced similar schemes in recent years without actually implementing them, the latest version would push hitherto-reluctant housing associations into selling stock at deeply discounted prices to tenants.

We can imagine the upcoming rhetoric, of course.

The new Right To Buy will be accompanied by a pledge to build replacement homes that will be even better; that increasing the proportion of the housing stock that is owner occupied will give more people incentive to improve the quality and energy efficiency of those homes; and that why should predominantly lower-paid housing association tenants be denied the ownership possibilities already enjoyed by mostly wealthier existing owners.

All that’s well and good, and if there was a guarantee of these things happening, the consequences of pushing Right To Buy for housing associations might well be acceptable.

But history suggests that those things do not happen - even under governments which would appear more capable than the current tractor-watching party-going administration.

There are, perhaps, two glimmers of hope.

The first takes the unlikely form of Michael Gove, the current Housing Secretary. As recently as late last month he made what appears an impassioned call for more - not less - social housing.

He told a Shelter conference: “We’ve reached a situation for a variety of reasons where...the availability of social housing is simply inadequate for any notion of social justice or economic efficiency.

“The quality of the private rented sector, the circumstances in which people find themselves, the inadequacy of so many of those homes, the fragility and vulnerability that so many people find in their daily lives ... is insupportable and indefensible ... that is a function of broader supply questions, but it is also a critical function of our failure to ensure that there are homes that are genuinely affordable for rent, our failure to ensure that there are more social homes.

“If we want to have functioning communities, if we want to have our cities and towns having places where key workers and individuals who keep our public services going can ensure that they have a decent roof over their heads and raise a family in stability and security, then we need more social homes.”

Never doubt a politician’s ability to twist 180 degrees in the wind, especially if an election or Cabinet reshuffle might be in the offing, but is Gove really likely to abandon that pledge within a few weeks of making it?

The second glimmer of hope is that we have, of course, been here before - and nothing happened last time, so why should it this time?

Back in 2015, again in the lead up to an election, then-Prime Minister David Cameron came out with a similar initiative to extend Right To Buy to housing associations, saying: “Let the message ring out from this generation of Conservatives: you’ve worked hard, you’ve saved, the home you live in, it’s yours to buy, yours to own – the dream of a property-owning democracy is alive – and we will fulfil it.”

The Conservatives went on to win that election and, bogged down by the consequences of Brexit, failed to do anything: will this administration - still bogged down by Brexit, and a whole lot more these days - be any more pro-active?

For the sake of those one million households on the current social housing waiting list, you have to hope not.

Back to the future? A home ownership crisis ...

With this summer marking forty years since Margaret Thatcher came to...

Why are landlords so unpopular? ...

This question is not as flippant as it sounds because over...