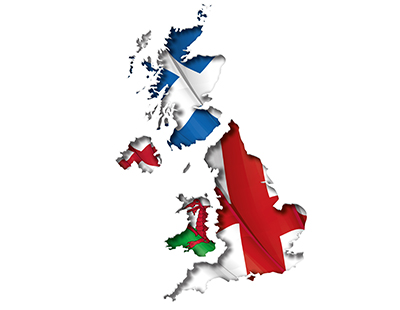 If you want an indicator that the United Kingdom isn’t so united any more, have a look at Right To Buy.

The latest-available figures are striking enough. In 1980 RTB became a flagship policy: between then and 2014 the UK’s council and social housing stock fell from 7m to 4.5m while the population grew from 56m to 64m.

Our newly disunited kingdom is now much less in love with Right To Buy.

Scotland has now formally scrapped it, after some 494,580 council and housing association homes were sold off between 1980 and August 1 this year.

Now Wales says it is to follow suit with legislation to come into effect next year – to date, 138,423 homes in the Principality have in the past 36 years been bought by council and housing association tenants, which is reported to be around 45 per cent of its social housing stock.

Right To Buy continues in Northern Ireland but it has never been as aggressively pursued as in England and discounts have been much lower – tenants there are offered discounts of up to only £24,000, compared with nearly £104,000 in England.

So that leaves England where, as so often seems to be the case these days, things are moving in a different direction.

Government figures claim that in the three years from 2012 (when RTB was reinvigorated in England with bigger discounts and more publicity) almost 50,000 households in council and other forms of social housing purchased their homes.

Now new premier Theresa May appears to be continuing the policy promoted by her predecessor that Right To Buy be extended to 1.3 million housing association tenants.

My point in showing this plethora of figures is not to indicate the UK is no longer speaking with one voice – that’s been obvious since June 23, if not before – but that surely after all this time, we have seen the detrimental effect of Right To Buy on social housing stock.

Few would deny that home ownership is a positive and desirable objective: but in a world where priorities have to be agreed upon, surely a social housing stock that at least aims to provide a home for everyone, irrespective of tenure, is more important?

In March this year a press release from the Department of Communities and Local Government accepted that over the time I speak of above – the three years from the 2012 ‘refresh’ of RTB in England – only 5,000 new social homes were built.

I don’t doubt that the government wants to do better, and I don’t doubt that former housing minister Brandon Lewis – who effectively coined the statement that for every RTB home sold, a new one would be built – would have loved to have seen that pledge come true.

But evidence to the contrary seems all around.

Housing charity Peabody and the CBI, in a joint report, says a lack of social housing is forcing workers out of London and threatening its economic well-being.

A BBC analysis this week showed that people spend more than a third of their disposable income on rent across large parts of England.

And the Chartered Institute of Housing is warning that by 2020 (that’s little more than three years away) 370,000 council and housing association homes could be lost in England by RTB and other sell-offs.

So why – why on earth – is Right To Buy still being pursued in England?

It’s time for the kingdom to be united on scrapping a policy that makes our housing crisis even worse.