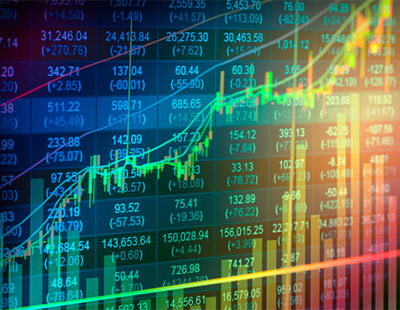 There’s been a flurry of recent activity involving agencies quoted on the London Stock Exchange: Hunters, The Property Franchise Group and Countrywide are obvious examples.

They are using stock market rules to extract all they can from shareholders (which is what they are in business to do) and that even applies to the Countrywide management of recent months ahead of the Connells takeover.

Yet despite a good housing market and wider economy, no agency or related business has listed on the London Stock Exchange very recently. Of course 2020 saw the distraction of the pandemic, but that has not stopped the housing market growing ever stronger.

Purplebricks (late 2015) and OnTheMarket (early 2018) were the last examples of agency or agency-related listings. Why nothing since?

The advantage of listing on the London Stock Exchange is that a company is given a notional capitalisation, making it easier to raise capital to underwrite expansion plans - so there’s no need for those eccentric crowdfunding schemes or going cap in hand to a bank, at least unless something goes wrong and shareholders have little confidence.

In an era of consolidation, with corporates gobbling up independents - especially in the lettings sector - agency groups are getting larger and it is perhaps surprising that some haven’t considering entering the stock market.

There may be several reasons for their reluctance.

Secondly, there are risks. It is expensive to prepare for stock market entry, and more than one company has attempted to expand ahead of listing, believing that shareholder investment later would underwrite the cost.

Then part of the pre-listing investment line up gets cold feet, and the whole enterprise collapses. Perhaps that was the issue with Emoov, tipped by some to be a possible listing on the LSE before it all went wrong in late 2018.

Thirdly, listing can be disadvantageous. It involves a level of transparency that some companies are not comfortable with; they might prefer, say, the compromises of accepting private equity cash than revealing their finances twice a year through mandatory results.

For whatever reason, Connells will de-list Countrywide in the near future; and Zoopla was happy enough to de-list in 2018 when taken over by Silver Lake Partners - so being part of the London Stock Exchange isn’t the be all and end all for everyone.

Fourthly, it may just be that although most UK housing markets - and thus many agencies - are doing well right now, there is still too much uncertainty even in a fully-vaccinated post-pandemic world.

Will people want to move as often as before? Will referral fees (a major source of income for many) be banned or heavily restricted? Will Facebook grasp the nettle and become the creature that topples Rightmove?

All of those reasons and others may deter agencies and portals from listing. However, I sense a possible sea change, gradual right now but building momentum.

Would anyone bet against Boomin eventually listing? How about Dexters? Will Build To Rent (already subject to heavy investment by listed firms like Grainger) produce start-up companies which go on to become Build To Rent specialists quoted on the stock market?

For some, there is a status in being listed, not to mention handsome rewards for those at the top. For others, there would be the belief that after several years of being battered - the Brexit debate, the Trump term of international uncertainty, the global pandemic - Things Can Only Get Better, which means floating now will see a company rise in value in the years to come so long as it keeps on the right strategy.

Either way, I sense the tide is turning again. Flotation is a risk, but some businesses can’t resist it. Watch out for an estate agency related IPO coming your way later this year…