The stock exchange seems to be on everyone’s lips at the moment.

There’s Agents’ Mutual seeking to float on the Alternative Investment Market (AIM) while LendInvest, a property investment platform, has just raised £50m through the issuing of a bond on the exchange’s less well known Order for Retail Bonds (ORB).

Those players are not alone, of course, with the likes of Countrywide, LSL Property Services, Savills, Foxtons, Rightmove, ZPG and most recently Purplebricks amongst the industry’s best known names that have listed in recent years.

I’ve received several emails and calls from agents in recent days asking why companies want to float - aside, of course, from a desire to become wealthy, a phenomenon which can (but does not always) go hand in hand with turning a private firm into a public one.

So here’s my attempt, in a few paragraphs, to explain the pros and cons.

Becoming a public company offers much, much wider scope for investment in a firm. This can be a way of rewarding the investors who first put money into a firm (when it was purely private) and it can raise money for further investment without the ongoing burden of interest payments on loans. And if a company floats and still has to borrow anyway, it can normally do so on better terms than those available to purely private enterprises.

Being public also helps attract better leading management figures. (At this stage, you may be sneering - and yes, I know several public companies in the residential property sector pay senior figures a fortune only for them to do what many believe to be a bad job). Even so, offering share options and similar incentives are seen as helpful in recruitment.

There are downsides too of course - the biggest of which, in my opinion, is the scale of scrutiny that public companies attract because of the regimented way they have to release information to conform with London Stock Exchange regulation. Think of the stories about Purplebricks’ directors cashing in shares, the Countrywide share price being monitored as it drifts downwards, and the way Foxtons has to routinely reveal its discomfort in London.

Other disadvantages are part and parcel of this. Any bad publicity for a company can hit its share price (think Purplebricks and BBC Watchdog) and create internal pressure from disconcerted shareholders. To top it all, a public company requires far more expensive overheads (everything from more expensive financial staff to external consultants) which can also occupy management time, especially in the first years of being listed.

In other words, it’s a risk.

But of course there is another risk on the stock market: your company becomes judged not only by your peers and friends, but by completely different investors. And those investors often know nothing about the industry in question - in this case, estate agency.

Some stock exchange veterans (those who have worked in and around it for some time) refer to this as ‘fashion mentality’. This is when share prices for broadly good companies fall over the long term because a firm is seen by the wider investment community as ‘old fashioned’ - even when it may, in fact, be well-managed, efficient and effective.

As evidence of this, look at the long term performance of three of the most prominent listed estate agency groups that are widely regarded as ‘traditional’ - Foxtons, LSL Property Services and Countrywide. Forget for a moment their day-to-day share price ups-and-downs, but look instead at their long term performance. 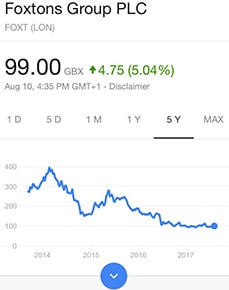 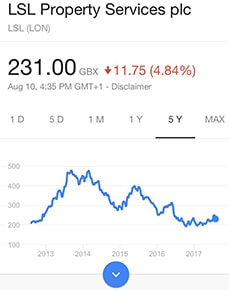 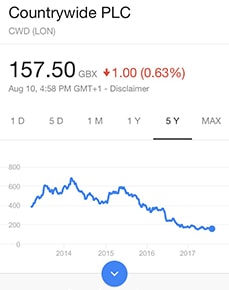 Even LSL, seen by many within the agency industry as ‘safe’, diverse and better managed than many others, has a share price scarcely half of what it was four years ago.

And although LSL and Countrywide experiment with online agencies, these firms here are - I would contend - widely seen in the investment community as ‘old school’, characterised as reliant chiefly on bricks and mortar agency offices and the centuries-old way of selling and letting properties. It works, but it’s not sexy to that wider investment community.

On the other side of the fence, look at three public companies with a more ‘disruptive’ tone - Rightmove, ZPG and Purplebricks (the latter only listed for the past 20 months of course). 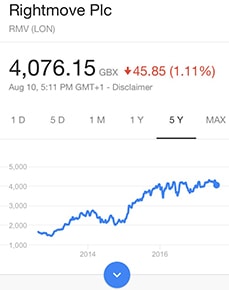 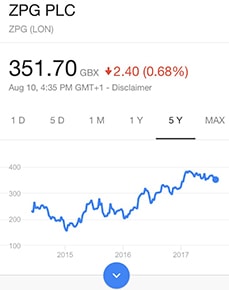 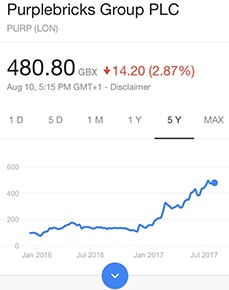 Again, forget their day-to-day movements and leave to one side the strong views these companies generate within the industry. Instead, look at their direction of travel, which is distinctly upwards. Some stock exchange observers say this is at least as much because investors like ‘innovation’ than because these firms are necessarily better than others.

So with investors favouring ‘disruptors’ - even if they’re not always the best in class, so far as the industry is concerned - it’s unsurprising that Agents’ Mutual wants to float.

Once it gets to the stock exchange, it may be relatively easy for it to make the big sums that its founding agencies want so much. Far tougher, however, might be getting smaller agencies to agree in the first place - they will have much less to gain.

It’s still quite a long road before the float happens.