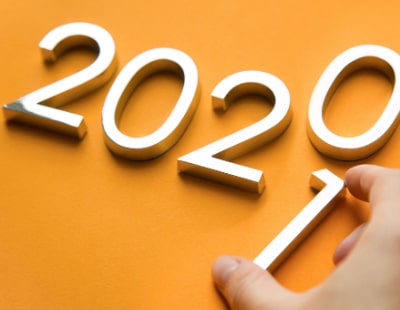 You probably don’t have to listen closely to hear estate agents across the country starting to cheer. It’s been a big few months of deals being agreed, but only now are we starting to see the financial fruits of this labour.

Looking at the latest stats from HMRC this week, it’s clear we’re now beginning to see the effects of the stamp duty holiday finally (with relief) coming out the other end of the pipe.

With over 105,000 residential transactions completing last month – the busiest October for five years - the majority of these are most likely to be the results of deals agreed in June and July, given the increase in processing times that we’re all so very aware of.

So, what happens now? More of the same now that winter is here (but lockdown is lifted)?

While October was probably a bumper month for many agents for commissions as deals finally concluded, the focus now really needs to be on ensuring that pipelines remain insulated so that, going into the Christmas period and new year beyond, chains remain complete and movers remain committed regardless of how long the transaction takes - especially as we near closer to the March stamp duty holiday deadline.

With the Chancellor’s Spending Review earlier today (maybe EAT can get me back for the wrap on that next week?), there were hopes for an early announcement around an extension to the current holiday following recent calls from our industry to avoid the obvious cliff-edge come March.

If that had happened, Boxing Day would have been an even bigger one and you may have needed to cancel your extra week off in January. Rather than toes in the water, it’ll would have been head first off the high board.

And even though it didn't happen, well, the ‘lockdown baby boom’ is now in full swing (I speak from personal experience with a now five-week old commanding more space in our home) and movers seeking more space are likely to be keeping the agents they know, like and trust busy in the first few months of 2021.

Whatever you make of the numbers, or the year that was, one thing we can all agree on is people will continue to move, regardless of the external factors. And those that do buy and sell early in the new year will be exceedingly motivated. Your job is seek every opportunity and win the best of them.

Estate agents – here’s your cheat sheet for the next 90 days ...

One of the main points I’ve had reinforced to me from...

Market insights: why buyer management is vital – with Sam Hunter ...

In this video interview – part of a regular monthly series...

Insight - what’s really going on in the property market? ...

If you’re in any way connected to estate agency all it...