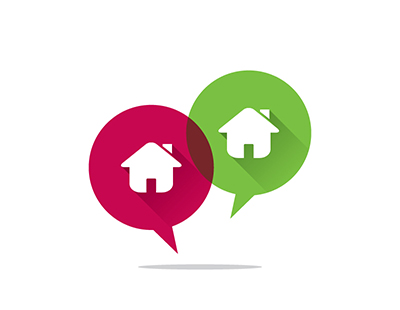 We all know what the problem is, but what’s the solution?

The problem is that landlords, thinking they offer a valuable service to tenants, have become unfairly identified with all that’s wrong with capitalism today. They are portrayed as money-grabbing, uncaring, poorly regulated and after a quick buck whatever the cost in human terms.

I asked the man who more than anyone fights for the private rental sector landlord today - Paul Shamplina, well known for almost three decades of working with landlords and since 1999 associated with his eviction and repossession operation, Landlord Action.

More recently he’s reached a wider audience with Channel 5’s Nightmare Tenants, Slum Landlords, while within the industry his involvement with the Hamilton Fraser company ensures he is closely linked with the Property Redress Scheme and MyDeposits, as well as a string of appearances and contributions at landlord events and education platforms.

What’s his take on why landlords are the whipping boys of the housing shortage?

“For a start they’ve got a bad and out of date name - ‘land’ suggesting they own the land, and ‘lord’ meaning they’re ruling over the tenants. That’s an outdated concept but leads to same false perceptions amongst people” he says.

But there’s a more fundamental problem, suspects Shamplina, and some of it might be down to landlords themselves needing to go further in explaining how valuable they are these days.

“There’s a much higher expectation from tenants than ever before. They ask questions about their landlords - are they licensed? do they live locally? are their properties in the best condition? Therefore landlords have to sell themselves more” he insists.

“There’s no point landlords moaning and bitching. They’ve got to take action. I tell them to get their properties fully-managed. It’s sometimes just an extra few pounds a week adding up to a few per cent per year - some don’t want to pay it, but doing so improves life for landlords and probably tenants” Shamplina believes.

The reason why it’s important to get properties fully managed by professionals? That’s easy to explain, he claims.

“Landlords can’t keep up with the regulation and legislation changes. Many of them have just one or two buy to lets and critically they’ve got full-time jobs as well so they end up being tempted to cut corners.”

Just as important as the practical side of property management, there’s the psychological factor - landlords should be more proud of what they do.

“Good landlord stories don’t sell papers or TV programmes but there are plenty of fantastic things done by landlords - providing places to live, for a start. They should shout about them. I’ve got some people telling me they’re ashamed to admit they’re landlords - but what’s there to be ashamed about?”

I can only agree with Shamplina - I’m a landlord myself, of two small buy to lets near where I live but fully-managed by a local lettings agent.

The newly-merged National Residential Landlords Association has already succeeded in beginning to turn the tide: there’s been far more positive press about landlords’ plights in the lead up to the ending of the eviction ban, and it’s in the whole property industry’s interests that this positivity continues as much as possible during the Coronavirus crisis.

The private rental sector is now vast, as we know. The latest available figures show some 4.6m households rented their home from a private landlord in 2018/19, representing 19 per cent of all households in England - double that proportion within London.

In 2018, I wrote in Letting Agent Today that over 80 separate pieces of legislation had been applied to the private rental sector since 1990; it’s fair to say that after two busy years for regulation applying to landlords, that total must now be nearing 100.

I’ve just taken over as editor of Landlord Today as well as Estate Agent Today and LAT so expect a lot more pro-landlord stories soon as we work to restore the pride and prestige of people providing that most valuable of all resources, a home for people to live in.

The Holiday Home Debate - Don’t Let Politicians Get Away With It ...