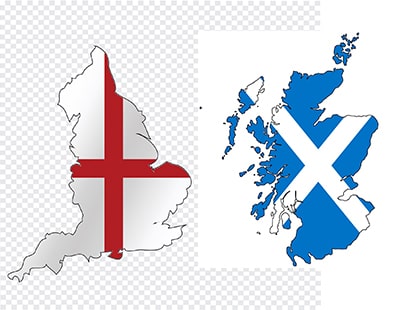 Increasing legislation and regulation has arguably been the biggest talking point in the private rented sector (PRS) over the last few years.

A raft of changes has aimed to make the lettings market more professional and transparent. However, the increased legislative burden has put pressure on letting agents and landlords both financially and when it comes to managing workload.

To predict how the changes will pan out may not be possible, but the Scottish experience is proving to be a useful example as many of the current policies started out north of the border before making their way down to England and Wales.

In this regard it was interesting to read about a recent report from Shelter calling for England to adopt Scotland's model of indefinite tenancies in the PRS.

The Scottish model was overhauled in December 2017, when the Private Residential Tenancy (PRT) was introduced. PRTs replaced Assured Shorthold Tenancies with the aim of providing a more stable tenure for tenants – with appropriate safeguards for landlords.

The new style of tenancy is open-ended with no fixed end date, but there are 18 specified circumstances in which a landlord has grounds for repossession.

In reaction to Shelter's report, the Residential Landlords Association has said that the PRT system wouldn't currently work in England or Wales as there are no 'properly funded' housing courts and because repossessing a property through the courts currently takes over five months on average.

With the Ministry of Housing, Communities and Local Government (MHCLG) currently considering reviewing the Section 21 evictions process and exploring the idea of longer tenancies, it will be interesting to see if its framework borrows elements from those currently being used in Scotland.

Learning from the Scottish fees ban

We recently saw the introduction of the long-awaited Tenant Fees Act, which includes a ban on upfront lettings fees, as well as caps on security and holding deposits in England.

As was well-documented in the run-up to the introduction of the new legislation, fees have been banned in Scotland since 2012.

Since then, there have been varying reports as to whether the fees ban north of the border has pushed up rents or affected rental property supply.

It is of course too early to tell the impact of the fees ban in England, while it is yet to be introduced in Wales.

However, those operating in England should continue to seek guidance from the Scottish market, considering how agents have continued to thrive despite not being able to charge fees for seven years.

Back in April 2018, the MHCLG announced a crackdown on rogue letting agents with plans for a mandatory code of practice and the introduction of a nationally-recognised qualification.

Unsurprisingly, the idea of mandatory regulation of agents and an industry code of conduct has already been tried in Scotland.

Following on from the PRT changes in 2017, Scottish agents were obliged to join a Register of Letting Agents from October 2018. In order to qualify, agents must comply with a Letting Agent Code of Practice and meet minimum training requirements.

Developing the regulation of agents in England is being handled by the Regulation of Property Agents (RoPA) working group, chaired by Lord Best. The group is set to report back to Parliament before MPs’ summer recess in July.

The industry awaits the working group's findings and proposals with keen anticipation. Judging from previous trends, it wouldn't be surprising to see some measures proposed similar to those already in force in Scotland.