By Nick Neill
< Back 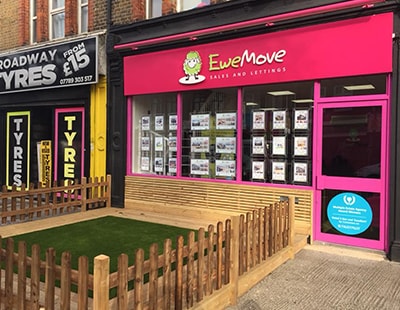 After gaining my MBA qualification from Edinburgh Business School in 2005, I took careful consideration over my career moves and prospective progression opportunities and proactively sought out companies that were keen to innovate and push boundaries to deliver better customer service.

For over 20 years, I held a number of senior management roles within the corporate sector, identifying gaps across organisations’ sales channels and developing innovative products and services, as well as monitoring and analysing their successes.

After several years in senior management positions, I took the decision to leave the corporate world to explore opportunities to run my own business. I’d always had in the back of my mind that I wanted to set up on my own, but the time was never right as I’d find myself being offered roles which I just couldn’t turn down.

When I finally made the decision, I knew it was time to push myself wholeheartedly into it – if anything just to prove to myself that I could. I had a few things in mind and went to exhibitions, eventually making a trip to a Franchise Show at the NEC.

I walked around the event but nothing sparked my interest, so I decided to head home. It wasn’t until I got to the door that I bumped into Glenn Ackroyd and David Laycock, who set up EweMove in 2013. The rest, as they say, is history.

I was drawn to the company, what it stood for, the opportunity it offered, and the way it demonstrated its passion to make real change in the industry. I thought to myself - would moving into estate agency be a wise career move?

I weighed up the pros and cons of franchising and of the sales and lettings industry, and came to the conclusion that I didn’t intend to move again, so what ended up on my CV really wouldn’t matter. There was only one outcome when I joined EweMove, and it was to make it work.

There were plenty of highs and lows when I set up EweMove York in 2014. Though I already had knowledge and skills in setting up systems and processes to ensure efficient and profitable ways of running a business, there is another level to it when you’re in estate agency.

Moving house is one of the most stressful things anyone can do in their lives, and so you really need to invest yourself in your client’s whole journey too. It could be anything from selling family homes of loved ones who have passed away, them having a baby, relocating and moving jobs, or first time buyers getting on the ladder.

It’s an emotional rollercoaster – in one way it’s amazing that you’re helping people with the next life stage, but in another it can be a lot of pressure, as any agent will know.

I also found dealing with solicitors, conveyancers and other vendors in a property chain a particular challenge initially as they could all be involved in the process, but be based anywhere in the country and working to their own agendas. That’s the beauty of EweMove - the award-winning systems and processes for streamlining communications with third parties and customers are second-to-none.

At the end of the day, as a franchisee, it’s about building a business that both operates ethically with the customer in mind, as well as making sure it wins new instructions and operates profitably.

The typical working day has evolved so much and as a franchisee you have the freedom to work the hours that suit you, and which best suit customers – who no longer want to be constrained to the 9-5 working week. Though it does mean some unsociable hours, it’s all worth it when they highly rate your service and your business.

Following phenomenal successes very early on, with the EweMove York branch winning Franchisee of the Year Award during our first 12 months of trading, an opportunity arose that propelled me to the height of my career.

Founding owners of EweMove, Glenn and David, took the decision to step down and sold the business to the Property Franchise Group in 2016. The MD position at EweMove became available, and combined with two other Managing Director roles within the group, attracted more than 100 applicants.

I scored some of the highest marks on the rigorous tests and presentations required as part of the interview process, and feedback was that I evidenced clearly my passion for the brand and my unique understanding of what it’s like to be a franchisee.

After all, the person filling the position would need to drive forward growth of its existing 120+ branches whilst attracting and launching new franchisees across the UK.

I was appointed Managing Director of EweMove in June 2017, and under my leadership, we’ve welcomed many new franchisees to the ‘flock’ and have introduced additional innovative services to improve the customer, and the EweMove agents’, journey even more.

Through my own personal experiences, I was able to recognise that our franchisees were all at various stages in life and had very different motives, goals and objectives, and so developed a series of intensive learning programmes for franchisees, all of which are still running today.

We launched our first ‘Boot Camp’ aimed at those new to business and estate agency, as well as ‘Growth Camp’ for individuals who were too busy for their own good (working in their businesses rather than on it).

And, a Mastermind programme for superstars tailored for high performers in the network, who have already scaled successfully. It’s this type of support, mentoring and training that you will rarely find amongst other franchise businesses.

In 2017 we launched an offer to allow experienced agents to join with an up-front franchisee fee of just £1995+VAT (after thorough assessments and stringent interviews). EweMove has welcomed many forward-thinking estate agents from big national brands through the years, however some ideal candidates in terms of personality and experience weren’t able to join due to the initial financial costs.

As a result, we launched our Local Property Partnership (LPP) proposition onto the market in April 2018, designed to open the ‘pen’ for estate agents who have a minimum of three years’ experience. As the company’s first self-employed estate agents, LPPs have the opportunity to join the team and build successful territories, without the financial outlay of buying into the franchise structure or carry the responsibility of owning a branch.

This latest addition to the EweMove proposition allows experienced estate agents at all levels to join the EweMove network as long as they have a genuine passion and drive to deliver a 5 star level of customer service.

It’s a hugely exciting time to be part of EweMove and I’m absolutely thrilled to be leading the organisation. I’m as passionate about the business now as I was when I was a franchisee, committed to what we stand for, and about working with our fantastic agents to continue wowing our customers UK-wide, with what is, a truly ewe-nique service offer, not available from any other estate agency brand in the UK.

Which way will you turn at the estate agency industry’s crossroad? ...

The estate agency industry is at a crossroads. A turbulent market, unstable...