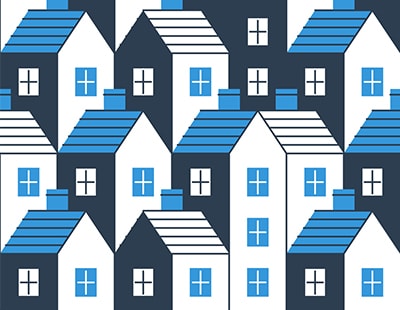 Amid the headline-grabbing political manoeuvring over Brexit, a policy proposal which could have serious ramifications for private landlords, and those who let or manage properties on their behalf, slipped by relatively unnoticed.

Ministers have outlined plans to introduce a minimum tenancy term of three years in order to give private renters in England ‘more security’. The government suggests that longer agreements would give tenants more stability and allow them to put down roots without the fear of having to move home at 6-12 month intervals.

According to the BBC, 80 per cent of tenants currently have contracts of six or 12 months, yet most renters stay in a property for an average of four years.

The proposals would allow tenants to leave earlier than the three year term while exemptions to the rules could apply for the likes of students whose tenancies are dictated by university terms.

The plans – which are subject to a consultation until the end of August – have received a lukewarm response from private landlords and buy-to-let investors who have expressed concerns about how they could further disincentivise those looking to invest in buy-to-let property and even those who already own one or more rented properties.

Some have declared the plans to be another straw on the back of private landlords and vowed to sell their properties should the government move to introduce legislation to that effect.

Landlords have faced a raft of fresh regulation in recent years. The introduction of tenancy deposit protection schemes (TDP) has had a particular impact on smaller investors, while the Energy Efficiency (Private Rented Property, England and Wales) Regulations (EPC) – which compelled private landlords to bring their properties up to a minimum level of energy efficiency – has meant thousands have been spent in improvement works.

The plan to introduce a minimum tenancy term of three years will only add credence to the claims that while tenants are increasingly protected and incentivised in the private rental sector, private landlords themselves are not.

This, of course, is bad news for letting agents and property managers who are understandably wary of any changes which may undermine the confidence of landlords in the private rented sector.

Those with longer memories will recall that, in 1988, the Housing Act introduced Assured Shorthold Tenancies (AST) with the aim that short term tenancies - for periods as short as six months – could be offered by private landlords.

This most recent plan seems at odds with the act, which was widely touted as bringing convenience and flexibility to both tenants and landlords alike. Some have expressed fears that the introduction of a minimum three year rental term will mean far greater restrictions on what landlords can do with their property and when.

This, of course, is not to say that landlords are against having tenants who occupy their property for years at a time. Lawyers and letting agents alike will tell you the private landlord ‘wish list’ is largely consistent across the board – a tenant who pays their rent on time and looks after the property. When a landlord finds a tenant that fits these two qualities and stays in the property long term, the appeal is obvious: a steady, stable income and an investment that is well looked after.

In my view, the greatest objection to these proposals is the impact they will have when things go wrong.

It is already incredibly difficult for landlords to obtain possession of their rented property, on non-mandatory grounds, during the fixed term of the tenancy, even those with the assistance of a specialist letting agent.

As well as serving the necessary ‘Section 8’ notice, it can take many months for the case to come to court and even if the matter is uncontested, costs can run into the many hundreds of pounds. Where the tenant wishes to contest the possession, legal fees and court fees can run into the thousands.

The advantage of short-term rental periods has been that many landlords have found it easier to wait until the tenancy is nearing its end and simply serve a ‘Section 21’ notice. The potential for further damage to the property or non-payment in the period between deciding to evict the tenant and the tenancy reaching its end is often worth it to avoid the legal expenditure.

It is easy to see the potential issues facing a landlord with a rogue tenant, whose tenancy does not expire for more than two years, leaving no other option than to embark on the lengthy and costly Section 8 process. Many will be concerned about protecting their properties and could be put off letting altogether.

This creates a serious problem for the government, which these proposals do not appear to have accounted for.

The UK is in the grip of a severe affordable housing shortage. The government has set a target of building 300,000 new homes each year, both to meet current demand and to make housing more affordable by flooding the market with new homes in easy reach of first time buyers.

Yet, even if that lofty target were to be reached, the desired effect is still some way off being realised. Recent figures by Onward suggest that the number of parliamentary constituencies in which private renters make up more than a fifth of households will reach 253 by 2022 – an increase from 18 in 2001. The private rented sector now makes up more than 20 per cent of all households.

In short, the housing sector is heavily dependent upon private landlords to provide much needed accommodation across the country. Policies such as this could be seen as an unwelcome and – ultimately – costly squeeze on private landlords at a time when the government can ill afford to do so.

The principal fear for agents will be that this latest policy will mean a considerable number of private landlords choosing to ‘sell up’, rather than take on any extra potential burden and risk that three year minimum tenancies might bring.

Three-year tenancies - should they be compulsory? ...

An open rental market, where neither landlord nor tenant is in...

Revealed – what is the state of the rental market today? ...