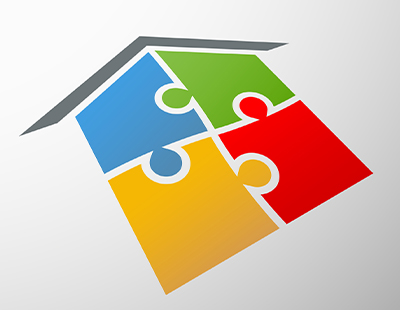 The recent ARLA Propertymark conference featured a hugely interesting line-up of speaks and session during a watershed time for the lettings industry.

We also welcomed many new and familiar faces to the PayProp stand and had plenty of interesting chats.

For those who couldn’t make it to Excel in London Docklands, here are three key talking points from the event:

One of the conference’s keynote speakers was Heather Wheeler MP, Parliamentary Under-Secretary of State (Minister for Housing and Homelessness). Minister Wheeler discussed the government’s plans for the private rental sector (PRS) before taking questions from the audience.

A key theme of her address was the government’s commitment to further PRS regulation with the aim of creating a ‘level playing field’ for consumers and professionals. During her speech, she confirmed there will be announcements on two of the government’s PRS proposals within weeks.

The first will be an update on the review of selective landlord licensing schemes, which was first put forward in 2015. Secondly, the government will soon publish the results of the Call for Evidence on overcoming the barriers to longer tenancies, which received almost 9,000 responses.

With such significant announcements due out shortly, it’s clear the government isn’t diverting its attention from the PRS.

It’s important to remember that there are various other proposed measures too, which could affect your business and clients, such as the Tenant Fees Act on June 1. During this period of change it is vital to keep on top of new announcements and developments, ensuring you can prepare for any changes accordingly.

Agency staff and culture are so valuable

A key takeaway from the ‘Business models of the future’ panel debate was how central staff and culture are to a lettings business.

Paul Chapman, Chief Operating Officer of Countrywide, discussed how the corporate agency is focusing on equipping its staff with the skills to deal with an increasingly complex rental market.

Meanwhile, John Paul, Managing Director of the Castledene Group, put forward the view that the role of PropTech solutions should be to supplement great teams. John recounted how his independent agency has been able to grow sustainably thanks to an emphasis on staff training and development.

He said he felt the future of independent agents is safe as ‘letting property is a people business and always will be’. PropTech can help agencies to become more efficient and dedicate more time to servicing clients and delivering the high level of customer services so valued in the industry.

Looking ahead, it will be crucial to find the right balance between investing in your staff and investing in the solutions that can streamline your business and meet the needs of tech-savvy consumers.

The property MOT concept is popular

The panel largely agreed that a property MOT - a minimum standard certificate which would indicate whether a rental property is fit for letting - is a good idea, but their debate did raise some obstacles that would need to be overcome before the initiative could be successful.

Some of the issues that would need to be ironed out include determining what counts as a ‘decent’ home, taking into consideration rising tenant expectations, as well as how property MOTs could be enforced effectively.

The panel also discussed whether a property MOT would increase cost and bureaucracy for landlords.

The debate ended with a discussion on significant change in the rental market since Assured Shorthold Tenancies were introduced over 30 years ago, and the impact this could have on any minimum letting standard introduced in the future.

All in all, another thought-provoking conference which tackled so many of the industry’s key issues head-on. Congratulations to ARLA Propertymark and thanks to David Cox for organising a wonderful event!

Review – what did we learn from the Guild Conference? ...

Alongside hundreds of agents and suppliers, I recently attended the Guild...