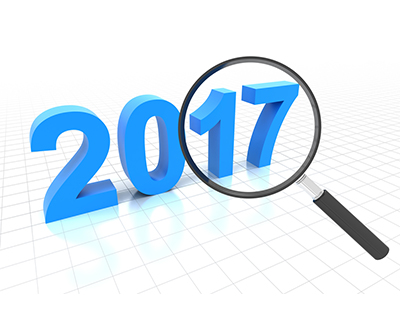 I have a confession to make. In 1988 I became a Seekers franchisee. For those of you who don't know who Seekers were, they called themselves 'the no commission estate agent'.

By the time I bought my franchise they had nearly 90 offices and had expanded continuously throughout the 80s boom.

Of course, my arrival coincided with the great crash of ‘88 and heralded the worst property recession since the war - one which wasn't to break until 1995.

Within months of taking on the franchise I realised the flaw in the Seekers strategy of charging an upfront fee - there was no incentive to sell the property if times got tough, which they had.

I therefore suggested to the franchisor that we be allowed to charge a commission of 0.5%. Initially he agreed but then changed his mind. I bought myself out of the franchise and my own agency was born.

My conclusion was that the trouble with no sale no fee was the lack of commitment by the vendor, the result being that timewasters paid nothing and serious sellers had to subsidise their costs.

Equally, estate agents need incentive. Taking all the money upfront destroys this, so my formula was commitment plus incentive equals effectiveness. Or, to put it another way, an upfront fee plus a reduced commission on sale is the best compromise.

Eventually we increased the 0.5% to 1%, but as fees came down alongside volumes it was not viable to hold this line. Eventually, we reverted to no sale no fee but without a sole agency agreement - we said our contract came with a 'total freedom guarantee'. This was not until 1995, which was the start of a massive recovery and the beginning of the lettings boom.

Part of me has always regretted the fact that despite thousands of instructions using the original formula, it didn't fully embed. The reason was that we were appealing to a niche market which in local terms became too small to be viable. However, if we had had the internet back then it would have been an entirely different story I'm sure.

Which brings me to the current crop of internet-only and hybrid agents. Essentially, they face the same challenges I and Seekers faced back then. In simple terms, the upfront fee only approach won't work in a poor market. Even in a good one, it is not the way to get a good price or service, it's really just a different way of presenting a private sale with a few added knobs and whistles.

Private sales used to be totally undermined by lack of reach, they were not allowed in mainstream property ads and the type of buyer looking to buy privately tended to be a timewaster or bargain hunter. Either way, sellers were fishing in the wrong pond. Seekers were one of the first but not the first to try to bridge the gap between proper agency and private sales. These days it’s much easier to have a go because the portals have opened the door to these quasi-private sales propositions and of course there has been a race to the bottom

As 2017 gets going, it's worth noting two things. Firstly, nothing has fundamentally changed since 1988 and a proposition without incentive will fail in a difficult market. Secondly, there has only ever been a minority of estate agents who really add value and get their clients more money and a faster more reliable sale. The most important thing is to make sure your agency is one of them.

How you do this will depend on the basics as it always has, but it will also depend on having your eyes open and, above all, being open to change and adopting the paraphernalia of a new connected market.

Purplebricks: boards up, shares down? ...

Why I won’t buy Purplebricks shares and why if I had...