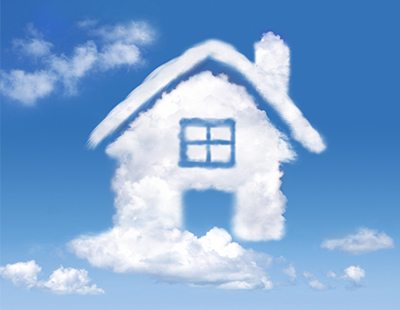 This week, 25 years ago the world's first website went live to those of us who were around then.

Amazingly, despite the fact that it feels as though the internet was developed for the sole purpose of the purveying of houses, not a single house was in evidence on that first site created by Sir Tim Berners-Lee.

It was in fact a basic text page that outlined his vision that “academic information should be freely available to anyone." House prices almost qualify.

At the time of the launch the economy was in recession, house prices were falling sharply and interest rates were over 10% as we fought to stay in the European Exchange Rate Mechanism. First time buyers (FTB) at the time were spending nearly 40% of their take-home pay on mortgage payments.

Despite all that, we were managing to build more homes that we achieved in 2014/15.

While the numbers will be up in 2015/16, they will be but a grain of sand relative to the need.

There were 22.9 million households in the UK in 1991 there are now 27.8 million. The average household size has fallen from just under 2.5 to 2.3, driven primarily by our aging population.

The good news: we live an average of five years longer now than in 1991. The bad news: there are not enough homes in which for us to live.

I share Graham Norwood’s pain on this (Look what Labour’s Owen Smith has done to me).

So where do we go from here? We do of course need our political leadership to step up.

Housing has to be the most poisoned (and ineffectual) chalice of any ministerial gig.

In the fight against NIMBYism, who has the metal to stand up to the housing-haves in defense of the have-nots?

Particularly in the hand to hand combat zone of the South East, where FTBs now need the equivalent of twice the salary of their pre-internet counterparts in 1991.

But perhaps rather than seeing planning as a ground war, we can embrace a different vision of the future.

Ebenezer Howard and his peers sold the vision of new towns and masterplanned communities offering a better quality of life. Since all this occurred well before 1991, they did not have to contend with online campaigns against development.

Surely it is now time to return to that positive vision of development and its contribution to our collective well-being. There couldn’t be a better time.

We are, after all, being asked to embrace a vision of this country and its relationship with the world that was not, for many of us, of our choosing. A positive attitude is within our own gift.

With the backdrop of uncertainty this is more important than ever. A can-do attitude by national and local elected leaders, local government, communities and developers will be needed.

This is not only to deliver housing, for sale and rent, but also infrastructure across the country, industrial estates and whatever else is needed to spread wealth and dynamism.

In particular, a move away from hand-to-hand combat is needed. Each appeal, where the outcome was foreseeable, delays the delivery of badly needed homes, with costs zapping the equivalent of a couple of units in the process.

Arguments over housing need numbers within or between adjoining local authorities is absurd when there is very clearly a great deal of housing need. Quite apart from the economic damage, it is having a very real impact on people’s lives.

It messes with relationships, delays decisions on having children, impedes job moves, deters attempts to up-skill. Even skimping on holidays in order to save for the deposit is bad for us all. We need our young people to travel, see the world to develop the outward vision we have heard so much about in the last two months.

25 years ago the vision for the web was the collaboration in information. Today it is also used as a powerful call to action, for both good and bad.

Our housing crisis badly needs such a call to action and we all have a responsibility to sell the positive vision of development, even, or perhaps particularly, if it involves our back yard.