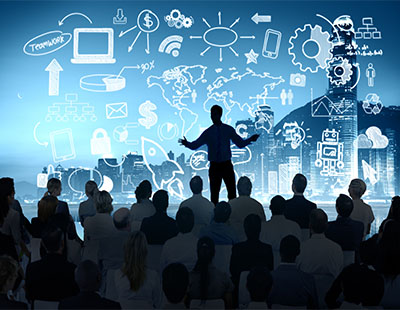 The joke doing the rounds last week still seems to be just as relevant this week: “the only man with a coherent plan to take us out of Europe is Roy Hodgson!” I won’t stick my oar into the Brexit debate, but if nothing else political commentators and journalists have really been earning their crust in the last few weeks.

It’s also quite hard to know who exactly is leading each political party at the moment. Cameron and Farage both resigning, the knives out for Corbyn, Gove stabbing Boris in the back – not for the faint hearted, this politics lark!

Of course, it’s not yet been confirmed that we are coming out at all. As we reported in Estate Agent Today earlier this week, Zoopla CEO Alex Chesterman is one of the big beasts leading the charge on a legal challenge regarding the Brexit vote.

Anyway, In our Out, Brexiter or Bremainer, it’s vital that the country comes together and that business goes on as usual. So, in the spirit of that, here’s what I’ve been up to recently. A couple of Thursdays ago (yes, it was that Thursday! Can’t get away from it!) I attended the latest Mortgage Advice Bureau conference. It was held at the impressive Curve Theatre in Leicester, a city that is still coming to terms with its epic and remarkable Premier League title triumph last May.

Alas, Jamie Vardy was not having a party while I was there, he was too busy sitting on the bench as England crashed out in spectacular fashion. (Last mention of that. I promise.)

The day and night event, compered by Louisa Fletcher, played host to a selection of guest speakers, including David Clarke (who scored a record 128 goals in 144 international appearances for Great Britain and England’s blind football team), social media expert Yossi Erdman and the CEO of MAB itself, Peter Brodnicki. (In the next Natter in two weeks time I will have an exclusive Q & A with Peter, so keep your eyes peeled for that). 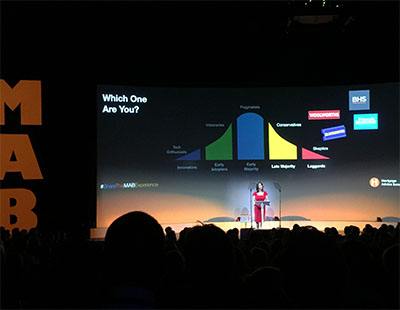 The conference, which included talks, exhibitors, awards, industry overviews, an after-show party and even impromptu flashmobs, girls on stilts and a Spice Girls tribute band (yes, really), was all covered in superb detail by the MAB Conference 2016 Twitter page. It’s certainly one of the liveliest conferences I’ve been to in a while and, as always, expertly put together and run by Peter and the team. 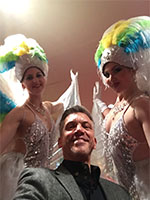 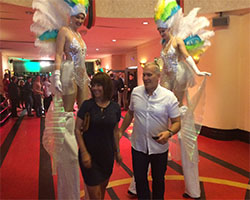 I also paid a visit a few weeks ago to SearchFlow’s summer party, held at The Swan restaurant at Shakespeare’s Globe. As you can see from the below picture, it offered quite the view.

The company, which is the market-leading provider of conveyancing search solutions, was originally founded by entrepreneur Mark Riddick and now counts Greg Bryce as its Managing Director. With its distinctive owl logo and stylish website, the firm continues to grow, evolve and expand as each year passes. Expect to hear plenty more about them in the future.

A few weeks ago I met with the founder of acaboom.co.uk, Brian Farrell. The company, which was formed in 2014, has been designed specifically to help instruction-takers convert more market appraisals into instructions. It does this, according to Brian, in the following ways:

1. By providing a snapshot of the clients' social media accounts - Facebook, Twitter, LinkedIn, etc - delivering visibility as to what makes them tick, and therefore helping to build a better rapport more quickly.

2. Via a personalised client presentation, in which the key reasons to instruct an agency are communicated more effectively, and made more memorable.

3. It lets the agent know the best moments to follow-up with a client by informing them at the very moment(s) a client is viewing their presentation.

4. Then, so that the agent has a good reason to follow-up, Acaboom provides reporting on any price or status changes to comparable properties used during the market appraisal, plus any new similar properties that have subsequently come to market.

So there we have it. They're certainly a company well worth keeping an eye on.

The glorious thing about the referendum on our EU membership is...

Last time out I looked at the growing importance of content,...

As promised, this week’s Natter is dedicated to a question and...