By Andrew Lloyd
< Back 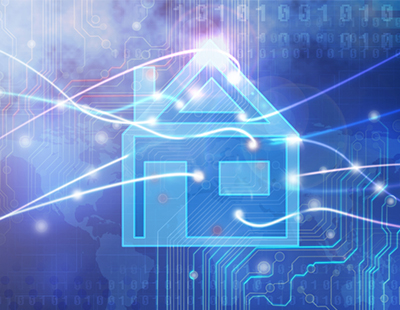 Nearly three quarters of people who have sold or bought a property deem it more stressful than having a child or changing jobs, according to a survey by Which? Mortgages.

Though they may not feel it, these house buyers actually make up a fortunate grouping who, despite the rocketing stress levels, complete the process relatively unscathed.

It is for this reason that the annual £270 million loss on failed property transactions doesn’t come as a huge surprise to those in and outside the industry.

Recent calls for greater transparency, accessibility and affordability certainly don’t represent anything new in the property sphere; yet the government’s expected call for evidence could open the door for permanent change.

The opportunity to reform the house buying process is not one that should be undervalued, but how can we ensure the flaws are corrected and gaps are filled?

One of the main targets for reform is the current house buying timeline, with critics arguing that bringing forward the point of a legally bound agreement would help buyers to avoid the financial and emotional turmoil that gazumping can cause.

The benefits of a process closer to the Scottish system could shield property buyers from this risk, but how else can we seize this opportunity for reform to ease the stresses of buyers, agents and conveyancers?

When it comes to transparency, accessibility and affordability, tech is revolutionising the way conveyancers address the concerns and expectations of their stakeholders.

The utilisation of cloud software and mobile apps, for example, has allowed full visibility of conveyancing status, whilst big data has granted conveyancers the means to efficiently manage their day-to-day processes.

We have seen the rise of hybrid estate agents like Purplebricks, while high street estate agents are increasingly embracing technology such as virtual reality to engage buyers.

There is also an increasing number of start-ups looking at how technology can plug the expensive or time-consuming gaps in the system.

Free2Convey, for example, is a free tool enabling players in a transaction to see the ‘conveyancing chain in real-time’, sparing them the anxiety of not knowing how the transaction is progressing.

From these developments it looks as though technology to support conveyancing, and the wider property industry is growing – but the path is inorganic, and must be guided to ensure the ongoing transition is secure.

Tech will already be on the agenda for those participating in this call for evidence – the ongoing threat of cybercrime is a hot topic when addressing the future risks to property industry stakeholders, and it reveals just how important the correct management of technology is to stability.

We’re already seeing the benefits of tech advancement, though. For example, we’ve been harnessing big data from the Land Registry to provide conveyancers a spatial view of the property they’d like to order searches on, so they can avoid mistakes in selecting the right title.

For now, the possibility of a Land Registry privatisation has been alleviated somewhat, but as it could prove counter-intuitive to a more tech-led, streamlined house buying process, it remains a lingering threat on the horizon.

There’s hope the new government will understand the continued, unhindered access to Land Registry data is vital for a step-change.

But whatever the case, the government’s call for evidence provides the industry with the opportunity to demonstrate the capabilities of tech on a much grander scale and secure its role in a process that will bring consumers, agents and conveyancers abreast.

A new approach to data can empower Generation Rent to buy ...

Purchasing a property. It’s a key life goal that so many...

Getting PropTech for free? It's probably because you're the product ...

The proliferation of free and accessible digital services has - at...