The new mayor of London Sadiq Khan has pledged to do all in his power to help make London “better” after beating his nearest rival Zac Goldsmith, of the Conservatives, by 1,310,143 votes to 994,614, giving him a larger personal mandate than either of his predecessors, Boris Johnson and Ken Livingstone.

Khan, who will be stepping down as MP for Tooting, insists that he wants to give all Londoners the same opportunities that he has had by vowing to lead “the most transparent, engaged and accessible administration London has ever seen”.

As he was sworn in as London mayor in a ceremony in Southwark Cathedral earlier this month, Khan said: “My burning ambition for our city, that will guide my mayoralty, is to ensure that all Londoners get the opportunities that my city gave to me.”

“I promise you I will always do everything in my power to make our city better. I will be a mayor for all Londoners,” he added.

But what does Khan’s victory mean for London’s housing crisis?

Khan’s campaign focused heavily on the capital’s housing crisis and the desperate need for more affordable homes, both to buy and to rent – and it seems that Londoners have been won over by the promise of affordable housing for all.

“Housing is top of the agenda and London will watch with eager anticipation to see if Khan can deliver 50,000 homes per annum and we will help him try to get there. Khan’s focus on affordability was a popular vote winner but the real test will be the delivery of these homes at a time when the capacity and cost of construction industry is so testing,” said Guy Grainger UK CEO at JLL.

Khan has also promised to stop homes being sold off in advance to foreign investors.

But Adam Challis, Head of JLL Residential Research, points out that the housebuilding industry is already signed up to the mayor’s ‘London first’ concordat for sales, which commits to give Londoners first option on new homes in the capital. 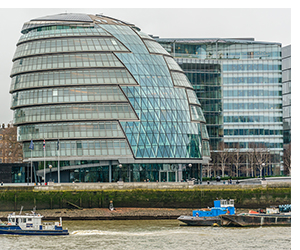 He said: “Ultimately domestic demand is not strong enough to drive off plan sales rates, so the issue here is that action to restrict overseas investors would simply destroy the viability of most schemes, and would reduce, not increase, the level of affordable housing delivery. We should remember that Ken Livingstone had this aim and never got close to implementing it.”

Khan has a number of other plans revolving around creating a living rent, setting up a not-for-profit lettings agency to promote longer-term stable tenancies for responsible tenants and good landlords, and introducing a landlord licensing scheme.

“All of these policies may be beneficial to the market, but cost, process and regulatory challenges would pose hurdles to overcome,” Challis added.

Another of Khan’s more appealing policies for the huge number of people in the growing private rental sector is the promise of a London Living Rent that will be capped at one third of local tenants’ average income.

The rapid growth of rental prices in recent years has left many young people on average incomes struggling to afford the cost of living, with the Guardian newspaper claiming that London tenants now shell out 72% of their gross earnings on rent.

The mayor’s plan to cap rental prices at one third of tenants’ income may appeal to renters, but is it really a realistic model?

Franki Chaffin-Edwards of the TheHouseShop.com commented: “His promise to introduce a London Living Rent capped at one third of local tenants’ income which deserves most attention.

“The rent-to-income gap has grown so large in London that what sounds like a reasonable policy will actually require huge discounts above and beyond the existing 20% discount for “affordable” homes, and many in the industry have serious doubts about the viability of this particular policy.

“The capital’s private landlords are also feeling the pressure as the new Mayor brings renewed focus to the issues in the market. Landlords are already feeling targeted by the Conservative government and we believe that many landlords are looking for reassurance from Mr Khan that their interests are just as valuable as those of the tenants. We speak to private landlords every day and there is definitely a feeling of uncertainty about what the future holds for the market.”

The London mayor needs to work with landlords

The National Landlords Association (NLA) is among the various trade bodies to welcome the election of Sadiq Khan as mayor of London, but it is urging him to take a fresh approach to housing in London by working with the NLA and private landlords to meet the challenge of housing in a global 21st century city.

NLA CEO Richard Lambert said: “Instead of wasting millions of pounds on a bureaucratic London wide licensing scheme, which criminals will not sign up to, the mayor should use the budget at his disposal to fund enforcement across the capital.

“This would demonstrate that Mr Khan is genuinely committed to action and partnership rather unwelcome and unhelpful adversarial politics.”