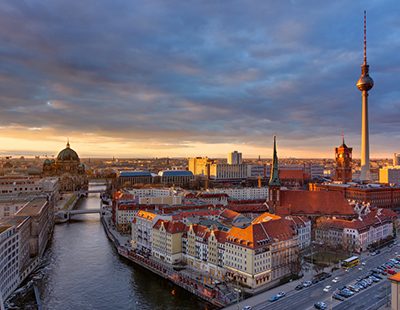 Recently a number of politicians and charities have been calling for the introduction of rent controls or rent freezes in the UK.

Sadiq Khan, the Labour Mayor of London, has outlined his blueprint for the transformation of the private rented sector, which included proposals to cap rents, while Labour leader Jeremy Corbyn also expressed his support for such measures in the past.

Could freezing rents in the UK work? What impact would it have on tenants, landlords and letting agents?

Is Berlin setting the right example?

In June this year, the left-leaning government of the German capital Berlin approved a plan to freeze rents in the city for the next five years.

This came as a result of rapidly rising rents and protests to keep housing affordable – a situation not dissimilar to that seen in London and other major UK cities.

The plan, which is anticipated to become law in January 2020, could apply to 1.4 million homes – although it won’t apply to social housing (regulated separately) or new-builds.

Currently, the average monthly rent for a furnished flat in Berlin is approximately €1,100 (or £983), according to HousingAnywhere – cheaper than several major European cities including Barcelona, Milan and Rotterdam.

Nevertheless, rents in Berlin increased by 7% in Q1 2019 and have doubled in the past decade as the city has thrived and its population has soared – which explains the move towards rental freezes.

London is home to the most expensive rents in Europe. An average two-bedroom flat in Southwark, according to the Evening Standard, is £1,573 (€1,760) a month. Such numbers, the campaigning work of the likes of Generation Rent and Shelter and a mayoral election on the horizon could explain why Sadiq Khan is backing the idea of rent controls.

Supporters of a rent control policy say it would keep rental homes affordable, ensure key workers aren’t priced out of major cities and make renting a more desirable option. Rent controls can also offers tenants greater stability, increasing the chances of them staying put for longer, and potentially cut the cost of commuting.

However, critics say that a freeze would reduce the number of housing improvements made by landlords, affecting the quality of rental apartments.

They argue that exemptions – in Berlin’s case for new-builds and social housing – will undermine the effectiveness of any legislation.

Furthermore, critics of a national rent cap – which is favoured by Berlin’s SDP party – argue that property markets are vastly different from region to region.

In the UK, where demand for rental homes is rising – it’s now the second biggest form of tenure in the country, and the largest in London – a freeze could affect levels of supply when they are needed more than ever.

A freeze on rents could force landlords to reconsider their investment, prevent them from expanding their portfolio or cause them to exit the market altogether.

A blueprint for London

Sadiq Khan has been one of the biggest advocates for rent controls. In July, he announced his blueprint for the overhaul of London’s private rented sector, which include rent controls and more devolved powers.

The plans, which received support and opposition in equal measure, would see the establishment of a London private rent commission to implement rent controls, while also introducing caps on rent increases.

The UK government has responded to Khan’s proposals by saying rent controls could deter responsible landlords, reduce investment in high-quality housing and ‘ultimately push rents up’.

Meanwhile, earlier this year, the German finance minister, Olaf Scholz, lent his support to the plans for a five-year rent freeze in Berlin. Scholz said it was to ensure that Berlin does not ‘end up like London’.

Which stance is likely to win favour?

While rents in London are undeniably expensive, those against rent controls or freezes say such measures could actually serve to increase rents as the incentive to invest is reduced and supply subsequently falls.

Landlords have also already faced a sea of new regulations in recent years – from the extra 3% stamp duty surcharge and the phasing out of mortgage interest tax relief, to the Tenant Fees Act and proposed changes to the eviction process. Rent freezes could be the final straw, driving many out of the industry.

Critics also say rent controls have in the past diminished both the quality and supply of rental homes as investment is stifled. The solution, many say – and Angela Merkel, the German Chancellor, agrees – may instead be to build more homes to keep up with rapidly rising demand.

For now, the idea of rent freezes in London or the UK seems unlikely, with the current UK government not in favour of such a move. The UK differs from Germany in that central government still holds most of the power, while in Germany a lot of decision-making is devolved to regional bodies.

So, even though Sadiq Khan would like to see rent controls imposed in London, he doesn’t currently have the powers to make that happen.

As for the effectiveness of a possible rental freeze, the jury is out on that too.

How will the end of the furlough scheme affect the rental market? ...