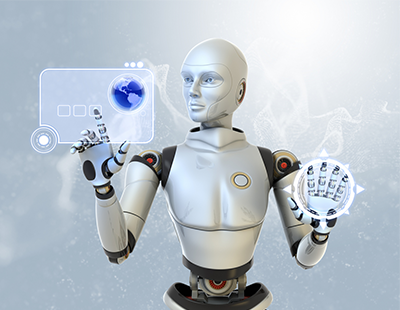 There’s been a lot of talk lately about artificial intelligence (AI). We’ve seen it feature prominently this year on film (in British sci-fi flick Ex Machina) and on TV (in Channel 4 series Humans).

Just last week there was a BBC Panorama documentary titled “Could A Robot Do My Job?”, which argued that Britain was on the verge of a technological revolution as machines and AI start to replace jobs like never before.

AI has been a 'thing' for years, but interest in this and other new technology really seems to have exploded in 2015. With all the fuss being made about it, and the subsequent debate this has generated, I thought now would be as good a time as any to discuss how new technology might be embraced (or otherwise) by the property industry.

As I spoke about in a previous blog, the social web is slowly but surely being utilised by more and more agencies, as they become aware of the great benefits it can offer when carried out correctly.

Ten years ago YouTube had only just started out, Facebook was in its infancy and Twitter didn’t even exist yet. It’s only been five years since Instagram launched, and Google+ only came into being in June 2011. Using these sites now comes as second-nature to many of us and while social media was originally written off as a short-term fad, it’s now bigger and stronger than ever.

It’s also easy to forget that the first iPhone was only released in 2007, less than a decade ago. Now, we can’t imagine a world without smartphones, without data and easy online access at our fingertips.

New technology might initially be feared, but it very quickly becomes accepted into the mainstream. And the property industry is no different, even if that change has been more subtle. If you’d have said ten or fifteen years ago that the majority of property searches would be started online and that Rightmove would be arguably the biggest name associated with UK property, you might well have been laughed out the room.

But now, the portals are very big business and the majority of people do go online to start their property search. There has also been a major debate about the pros and cons of online and traditional estate agency models.

Thankfully the majority of estate agents, whether high street or online, now see the importance of having a glossy, user-friendly website and an active and well-maintained social media presence. The most successful agencies appreciate how crucial it is to drive traffic to a website and then convert that traffic into genuine leads.

My point is that the property industry is constantly changing and evolving, adapting to the world around it. Virtual tours, a mere pipe dream even five years ago, are now a reality. People might remain cynical about the practicality and usefulness of virtual tours, but who knows whether they’ll be used more frequently in the future? They, too, could become the norm.

Back in March sellmyhome.co.uk claimed to hold the first ever 'virtual open house' on its Facebook page, although Thomas Morris Estate Agents claimed in May that they in fact held the world’s first virtual open house property viewing. Tech start-ups have also looked to jump on the bandwagon begun by Twitter-owned app Periscope, with VirtuEye launching in June. The London-based start-up captures 3D images of a property which are then fed into a smartphone app. Expect more of these firms to pop up left, right and centre as virtual tours continue to grow in popularity.

With the rise of smartphones, tablets and social media in the last seven or eight years, we now have a whole generation who have been brought up with the internet. A knowledgeable, tech-savvy generation who have never known any different, who don’t remember a time when mobile phones were bricks, internet connection was achieved via a dial-up and a tablet would have meant a piece of stone or a paracetamol rather than an iPad! They won’t be as afraid of change and technological advances, because they’ve been raised in a highly technological world.

There is no knowing what new technology will mean for the property industry in the future. Some technological advances have been embraced by estate agents, despite criticism from some quarters, but how much further will it go?

I’m not for one minute predicting that robots will be taking over from estate agents at some point in the future – agents, after all, thrive off their ability to offer personal, face-to-face interaction. And there will always be a demand for that.

But something like Oculus Rift interests me. It’s certainly not beyond the realms of possibility that the virtual reality headset, which makes it possible to experience anything, anywhere, through the power of virtual reality, could be used in some capacity in the agency world, as an extension of virtual tours.

AI might be a long way away, it might never actually happen, but new technology and innovation will continue to evolve and enhance the way we operate. It will be very interesting to see what the property industry looks like in thirty, twenty, even ten years. Where’s Mystic Meg when you need her!?

Hope that’s got everyone’s minds racing. Until next time…

Pre-pandemic, virtual and video viewings were a nice little add-on for...

It’s now over a year since the property market officially reopened...

Property Natter: estate agency then, now and in the future ...

How has the world of estate agency changed in the last...

Remote viewings – how does the latest technology look? ...

In this time of economic uncertainty, more and more people are...