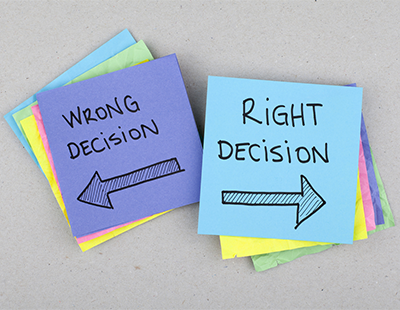 It’s hard not to have been influenced by the Rugby World Cup over the past month and a half – while I would never profess to being a huge fan, the highs and lows have been well-documented and the sense of disappointment felt by all followers of England rugby is acute.

After the host nation departed so early there’s a part of me that feels what came next was a bit ‘after the Lord Mayor’s show’.

In all the dissection of where England got it wrong, there has been much talk about handling pressure, making the right decisions when it matters, and being in control.

There has also been a lot of speculation about leadership and how the England team was perhaps lacking in that department.

All business owners will know that running a successful team is not the easiest thing in the world, especially when you’re trying to drag in some potentially disparate elements and bring together a cohesive strategy and focus. Stuart Lancaster probably feels the same.

I have been reminded of this recently in terms of maintaining control. Small business owners will know this is an important part of becoming a bigger and more successful operation – while we would all like to oversee every single part of the firm to ensure that everything is being done as we would wish, this just isn’t possible.

We have to delegate, and we have to therefore trust the people who work for us.

‘Jack of all trades, master of none’ can be a real curse on a business because it is a simple fact that no-one can be the best at everything.

Are they truly maximising their resources in order to be able to do this efficiently and effectively?

Each business will instinctively know their own needs, but I feel that for the vast majority of agents, it’s a numbers’ game.

By this, I mean that if you are managing properties up to say, the late 30s or 40s, then perhaps this is manageable for the individual office. Staff will need to be on hand day and night but if there is a commitment to do this, to answer the calls late at night from tenants, and to help them when they need it, then it is do-able, and cost-effective.

The question is at what number does the decision have to be a different one?

Once you are in the 50-100 property range then you might think about putting together a proper in-house team to carry out this work. But overall the cost of this may simply not be worthwhile. At this point you may want to look to an outsourced arrangement.

Go over the 100/120 property mark, meanwhile, and it might well be worth taking the plunge to set up that in-house department in order to carry out the work.

For agents this is a vital decision, especially if you have been in full control of the management of those properties up until now. Loosening or tightening the apron strings accordingly could often be one of the best things a business owner ever does.

So, while we may like total control 100% of the time, recognising where the resource and specialism lie within a business could allow the firm to move to the next level much more quickly.

Good leadership is all about making the right decisions at the right time – hindsight is a wonderful thing but it changes nothing if the decision has proved to be the wrong one. Just ask Chris Robshaw.