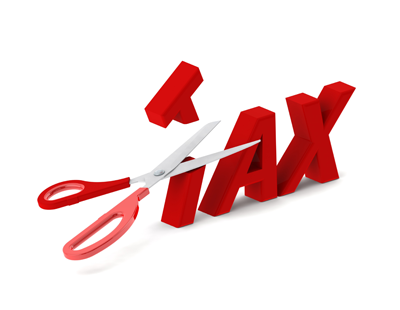 Consider the scene. It is July 8th and new Chancellor, Ed Balls, stands at the Dispatch Box giving his first Budget of the new Parliament. In the seats behind him – the so-called ‘Rainbow Coalition’ – MPs from a vast array of parties including his own Labour Party, the SNP, Plaid Cymru, Greens and others, sit and wait to hear which of their red-line policies will be included.

Over two months of heated negotiations have led to this point and many are concerned that the Budget will be a sanitised affair which attempts to be all things to all parties, and ends up meaning very little to the country.

There are however some policies and areas which all parties seem to agree on and they are expected to be hit particularly hard. Many individuals and stakeholders who work in the private rental sector, for instance, are braced for a full and comprehensive hauling over the coals.

They are right to be worried as Balls announces (in no particular order): regulation of all letting/estate agents, prohibition of all letting agent fees, rent controls in the PRS, abolition of tax relief for buy-to-let landlords, further curbs on buy-to-let lending, first-time buyer only housing developments, the list goes on. This is definitely a Budget which sees landlords and agents as the bad guys.

So, back to the real world. Given the result of the General Election and its decisive nature the above scenario appears somewhat fanciful, but now we know the content of George Osborne’s Budget and the impact it is likely to have on the housing and mortgage markets, particularly for those active in buy-to-let, there has been a certain amount of, ‘There but for the grace of God...’, about the reaction. In other words, even if many are disappointed, ‘Come and have a look at what you could have won...’

Clearly, there were many landlords and letting agents who were cock-a-hoop with the Conservative Party’s victory in May as it seemed to suggest the status quo would be preserved. However, Osborne is a canny politician and a reformer, and therefore recognises that many millions of people are a) private rental sector tenants, b) potential first-time buyers, c) not natural Tory voters.

With this being the case, and with the lobby movement for tenants/against landlords having a particularly loud voice, he clearly believed there was action that could be taken over a prolonged period of time which could also help fill the Treasury coffers as well.

This is why higher-rate taxpaying landlords will be recalculating their sums in future when it comes to the tax relief they can secure on their mortgage interest payments as it will be phased down to the basic rate over four years, and they will also need to now prove ‘wear and tear’ on their properties has actually taken place and they have paid for improvements. Again it is probably not the news they were hoping for and it could represent a significant step-change for those of us in the agency world.

Firstly, it could mean that our landlord clients reconsider the size of their existing portfolios, the way they purchase property and how they invest (or don’t) in the future. It could well mean that some decide, over the rest of the decade, to ease away from the sector and dispose of some or all of their BTL assets. It could also mean that some decide to put their properties within a corporate/limited company structure in order to mitigate any tax disadvantage.

At the very least, it is likely to make some think again about their participation in the sector– perhaps even more so for the newly-retired who were hoping to use their pension pot cash – but, in the great scheme of things, I suspect it will not dampen the demand for buy-to-let involvement.

That being the case, agents – both estate and lettings – are going to need to ensure their service to landlord clients is all-encompassing. There are certainly going to be many questions asked of agents around potential purchases and letting terms simply because higher-rate taxpayers may well find the line between profit and loss has got that much closer.

Lettings agents in particular may need to work far closer with existing landlord clients who may be tempted to compensate for a less attractive tax treatment, by increasing rents – which, in a competitive market, will need careful management.

Finally, of course, this may not be the end of sector intervention. In all probability, the Bank of England is likely to be granted powers which could stem the extent of buy-to-let lending, which could have an impact on landlords’ ability to finance and refinance.

Plus, these most recent moves could be the start of much more to come – perhaps looking more like the statements in my fictional ‘Ed Balls Budget’? We shall have to wait and see – we can however be certain that our sector remains in the spotlight like never before and the full impact of what is to be introduced, and the potential unintended consequences, are not yet clear.

*Rob Clifford is Chief Executive of Century 21 UK and a Director of Central Lettings Solutions, both part of Shepherd Direct