OneDome has launched a new product to let pre-qualified buyers register their interest for properties...

Agents and property professionals haven't let the mini-heatwave stop them sweating and stepping up for charity.

Here are some of the sector's recent fundraising exploits.

The two-day Jurassic Coast Challenge saw employees walk along the historic Dorset coastline from Corfe Castle on the Isle of Purbeck Peninsula to Bridport.

Halow Project, located nearby to the housebuilder’s headquarters in Guildford, is a community-based charity that supports young people aged 16 and older with learning disabilities. The charity encourages relationship and community building through social activities; provides employment, financial, and independent living training; and offers personal care when required. 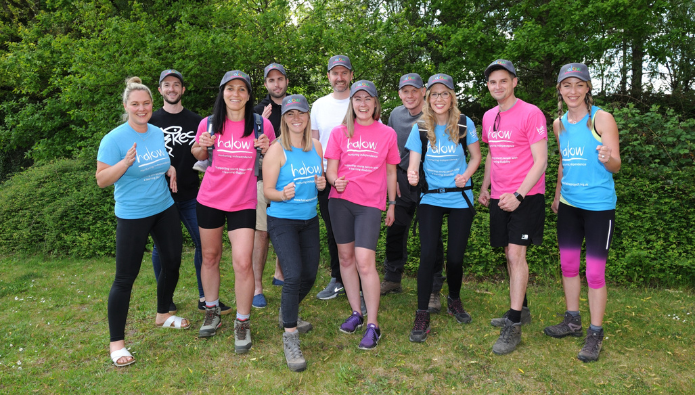 The charity was founded on the ethos that every person with a learning disability has the same life choices and chances as any other person.

Julian Hodder, managing director for Barratt Southern Counties, said: “Halow Project is our neighbour in Guildford, and a charity that is close to our hearts.

“To have raised over £19,000 is a phenomenal achievement, which wouldn’t have been possible without the tireless efforts of our team, and the support of our friends, employees and contractors. We look forward to a successful year of fundraising,”

Find out more at: www.halowproject.org.uk.

Linley & Simpson, based in The Horsefair Centre on North Street, Wetherby, presented six sets of building bricks and toys to youngsters from St Edward’s Catholic Primary School in Boston Spa.

Branch manager Emily Wilkinson said: “We are proud of our local roots, having helped many thousands of people move home across the Wetherby district for almost 20 years.

“We feel very much part of the Wetherby family, and work hard to give back to the community whenever we can - often in innovative ways.

"We are thrilled to have been able to support the school and put smiles on the pupils’ faces. 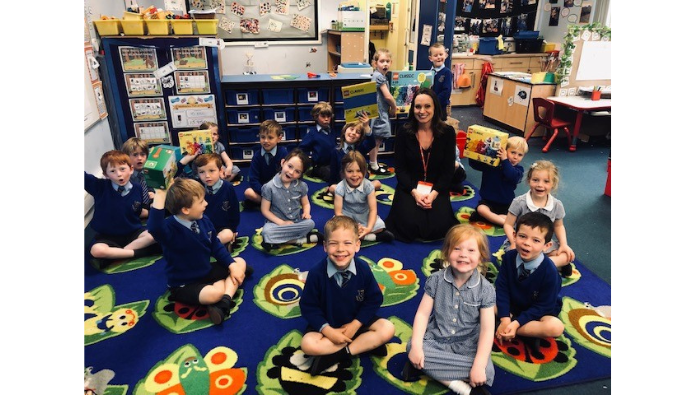 “We hope the Lego sets will provide some creative learning opportunities - and even spur the next generation of budding housebuilders and architects!”

The donation was made through Linley & Simpson’s long-running initiative to help charities, schools, sports clubs, and good causes throughout Wetherby and its surrounding villages.

Paramount Property: The competition between estate agents in the south west of England’s property market took on new twists and turns recently in a hotly-contested touch rugby tournament for charity.

More than 150 players from across the property sector put commercial rivalries to one side to take part in the Paramount Property Tag Rugby Tournament and raise money for the Bristol Bears Community Foundation.

They were united in their determination to support the award-winning charity, but a competitive spirit among all participants ensured they were also driven on by the prospect of securing local bragging rights at Cotham Park Rugby Club, Failand.

Some 15 companies from the property and construction sector were represented in the mixed seven-a-side tournament which was won by the team representing Mace, which pipped Colliers and Spratley & Partners into second and third place, respectively, to land the tournament trophy. 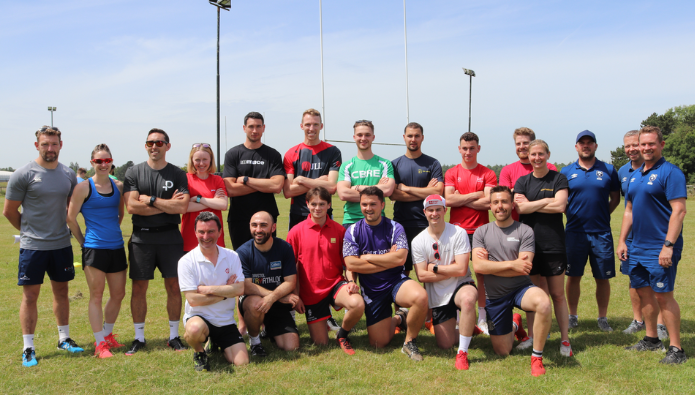 But the biggest winner of all was the Bristol Bears Community Foundation because the tournament raised £3,000 for the charity which delivers programmes proven to change the lives of people across the region.

The event was hosted by commercial refurbishment specialists Paramount and organised by Paramount business development manager Sulli Gardner and Carter Jonas senior building surveyor Jacob Winterbottom, who both expressed delight that their efforts had paid off.

Jacob said: “There’s a healthy amount of friendly rivalry among us all off the pitch, and funnily enough it was the same on it when the rugby got underway.

“After a lot of planning, it was really good to see the day taking shape, with everyone looking to do their companies proud while raising money for a great cause.”

Sulli added: “It was great to see everyone coming together in the name of a good cause to raise valuable funds to support the sterling work of the Bristol Bears Community Foundation.

“To raise £3,000 is a fantastic effort and I’d like to say a sincere ‘thank-you’ to everyone who rose to the challenges on and off the field of play to make sure the Bristol Property Tag Rugby Tournament was so enjoyable and such a huge success.”

Matt, who helped Exeter win the Premiership title, said: “There’s nothing like rugby to bring people together and the way they all united in the name of such a good cause and had lots of fun while they were at it, spoke volumes.

“I loved the inclusivity of the event with all the teams being mixed and I was really impressed with the levels of skill and commitment on and off the rugby pitch. It was a brilliant event.”

The fundraising effort was boosted, free-of-charge, by Bristol-based Sounds Commercial who provided a musical backdrop and officials at Cotham Park Rugby Club while food was provided by Big Nath’s BBQ.

Local businesses also showed their support for the fundraising drive in the shape of top-quality raffle prizes offered by Bianchis Group, Harbour House, Bristol Sport, the organisers of the NASS Festival and The Weekender Festival.

The company then followed this up with a more sedate initiative and partnered with local schools in Horsforth to produce hundreds of commemorative Jubilee-themed tea towels.

Members of HOP’s team from the company’s Horsforth, Leeds city centre and Pudsey offices completed the gruelling hike in under 12 hours and raised £3,698 for Ukraine Charity and Leeds Mind.

The challenge involves walking almost 25 miles and an ascent of 5,300 feet to the top of the three highest peaks in Yorkshire, comprising of Pen-y-ghent, Ingleborough and Whernside. 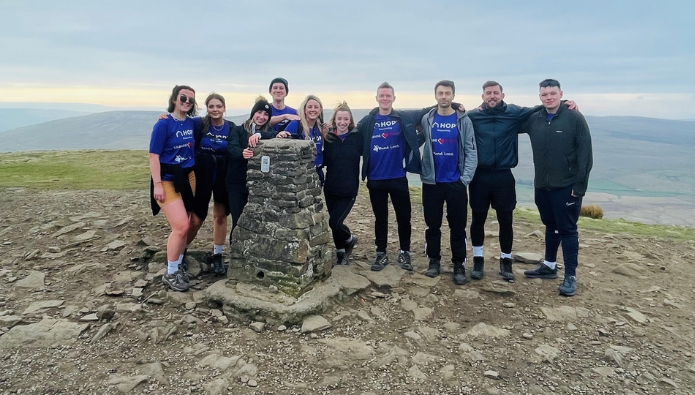 Luke Gidney, managing director at HOP, said: “The Three Peaks was a very tough challenge. We started at 7.15am and all finished by 7pm, within the 12-hour timeframe we were aiming for, which was a huge achievement.

“Despite the blisters, sore feet and aching legs, we all managed to maintain the team spirit and positive vibes that we rely on in our working lives, as well as the sheer determination of knowing that we were raising an impressive amount of money for two incredible charities in Ukraine Charity and Leeds Mind.”

As part of a second community-focused initiative, HOP invited pupils from Horsforth primary schools, including St Margaret’s, Featherbank and Broadgate, to produce a selection of Jubilee-themed artwork. The designs are now also being displayed on large banners outside each school for all the children and parents to enjoy.

In addition, the standout drawings have been printed onto hundreds of tea towels that are set to become a feature in homes throughout Leeds and beyond, to mark the Queen's Platinum Jubilee.

“We received hundreds of drawings from each school and all those who took part made a huge effort, the pictures are brilliant and we are delighted to include them on the tea towels.

"We’re giving these to all the pupils that took part and we’re sure they will take pride of place in the kitchen and make a fabulous souvenir to mark this special occasion.”

These latest charitable activities follow HOP committing to planting over 450 trees this year, after joining forces with GreenTheUK, which connects businesses with local wildlife projects and works in partnership with the Royal Forestry Society (RFS) planting thousands of climate resilient trees across the UK.

Agents Do Charity - and the funds keep on coming for good causes… ...

Hello and welcome to another round-up of our industry’s wonderful work...