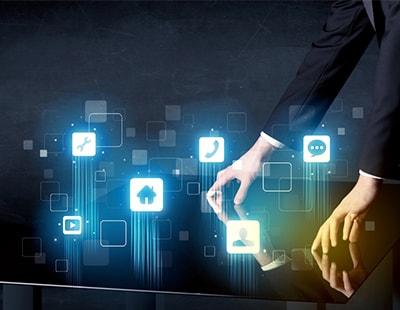 The online agent, which says it sells home for free, is joining the growth programme that aims to empower and connect 'some of the most successful tech companies in the UK', helping them to grow stronger and faster through peer-to-peer learning and in-depth masterclasses.

Household names such as Monzo, Bulb, Deliveroo and Zoopla have previously been part of the programme, with this year’s cohort seeing Cazoo, what3words, Tessian, Wolf & Badger, and others join alongside Strike.

The agency says its selection comes off the back of an £11 million funding round and a huge jump in market share in the North of England, where it argues its sell-for-free-model continues to grow and thrive.

The free service launched in Yorkshire and the North West in June 2019, followed by Nottingham and the North East in 2020. More recently, the company expanded into the central region and has announced plans to go national by early 2022.

Strike says its customers can control and manage the entire process of moving home via its mobile app, with the agent claiming to create a new, simple way for people to buy and sell

Sam Mitchell, chief executive officer of Strike, said: “We’ve always had a powerful, disruptive ambition and viewed ourselves as a tech company first — and our inclusion in Tech Nation’s Future Fifty programme is recognition of that.

"We’re excited to follow in the footsteps of so many other innovative and groundbreaking companies who have changed the way we think and live. Just like them, we’ve never been afraid to disrupt the industry we’re in and we believe it is one that it is long over-due some changes.”

Gerard Grech, CEO of Tech Nation, added: “The companies selected to join this year’s Future Fifty programme are a shining example of the UK’s entrepreneurship, innovation and resilience.

“Based across the UK, nurturing the growth of these scaling late-stage tech companies is critical to future proofing the UK’s economy.”

In July 2020, Housesimple was rebranded as Strike and earlier this week the no-fee agent said it had reached a £5 billion sales landmark. Its main form of revenue is by selling extras such as marketing boosts, hosted viewings and earning referrals for mortgage advice and arranging removals.

The Big Debate: Online versus Traditional Agency - we want your questions ...

One of the industry debates of the year will be held...

Housing minister Brandon Lewis has been announced as the headline speaker...

State of the property nation survey – what did we discover? ...

Our recent state of the property nation survey, which yielded nearly...

Reminder for agents…only a few more days to fill in our survey! ...

On Monday, we launched our state of the property nation survey...