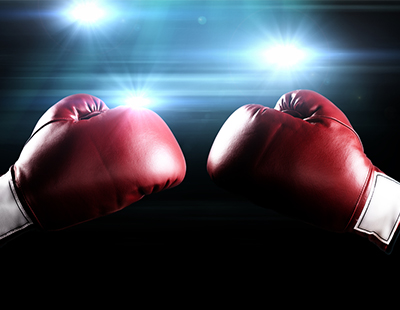 Zoopla has issued a data-heavy statement on its services for agents - just days after Boomin criticised it for being over optimistic in its description of leads sent to agents.

Zoopla’s announcement this morning says its leads to agents via its app are up 58 per cent year on year, while downloads of the app have increased by 13 per cent.

The portal also says that its marketable database has also increased by 104 per cent in the past year, “ensuring a larger pool of high intent home hunters and sellers can be reached” while Zoopla’s recent marketing surge means 10 per cent of the total UK housing stock is now being tracked via the portal’s ‘My Home’ service.

This approach contrasts heavily with the limited data provided by Boomin since its launch at the start of April.

Although it has given an update on agent numbers - some 6,800 branches have now signed up - Boomin says it is sceptical of Zoopla, Rightmove and OnTheMarket’s data on leads.

Boomin group chief executive Michael Bruce states: “They count leads as any single contact, whatever the quality - that counts as a lead and an opportunity. We want to build more quality of engagement which means that agents can build longer-lasting relationships.”

Bruce adds: “If we copied how other portals distribute leads we could distribute a significant number [now, through its Secret Property feature, averaging six interests against each property] … but we don’t distribute them at all until agents are instructed … What we want to do is get quality leads that we can measure the performance of and measure the value of. They will grow over time.”

Zoopla, however, appears to be putting leads front and foremost in its offer to agents.

Its statement this morning says: “Zoopla has invested heavily in improving its app and this is paying dividends for agents with leads up 58 per cent year on year. Other improvements made to the app have generated strong initial results with a seven times increase in the number of consumers engaging with valuation enquiries, and a 30 per cent increase in valuation leads.”

It continues: “Zoopla’s investment and commitment to innovation has driven a series of improvements to its website and these are having real impact for agents. Home hunters are 37 per cent more likely to contact an estate agent as a result of a search on the new results page while the likelihood of users sending a lead from the listing detail page has increased by 22 per cent.”

Zoopla also claims that over 140 agency branches have now bought its ‘In Search’ facility which allows agents to showcase their brand to engaged users as they search on the most visited page of Zoopla’s website. The portal says the average click-through rate of ‘In Search’ has also seen a rapid uplift, having doubled in under two months to more than eight times that of similar products.

Andy Marshall, Zoopla’s chief commercial officer, says: “I’m delighted with the progress we have made delivering more value and innovation to our customers and with plenty more to come in the second half of the year, we’re not resting on our laurels. Our focus now is pushing ahead to ensure our customers are best equipped to make the most of the record demand and we are excited about helping them do that.”

Zoopla has announced an improved app which “enhances the house-hunting journey with...

A former commercial director of Zoopla, who worked at the portal...