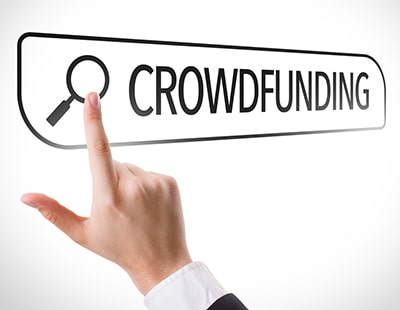 It’s been some time since online agencies have ventured into crowdfunding to raise investment, but easyProperty has now done so - it aims to secure £800,000.

So far it’s achieved over £700,000 in its bid on the Seedrs crowdfund service.

easyProperty has for some time been trying to break into city markets. It recently announced a former Purplebricks agent taking up the easyProperty brand in north Manchester, while the brand is also active - albeit on a small scale - in Birmingham, Coventry and Newcastle-upon-Tyne.

easyProperty - which recently became the first online agency to join the soon-to-launch portal Boomin - is based in Sussex and the chief executive is the founder of the Evolve property marketing service, David Brierley.

He has a 50 year exclusive worldwide licence to use the easyProperty brand.

It’s now some 18 months since Brierley purchased the agency from eProp Services, owners of Fine & Country and the Guild of Property Professionals. The deal included the brand, the tech platform and the website.

In its fundraising pitch on the Seedrs site, easyProperty now describes itself as “an online/hybrid estate agent using a combination of technology and human intervention to provide a 24/7 service to consumers for the sale, letting, renting or buying a home anywhere in the UK.

“We have a 50 year exclusive worldwide licence to use the easyProperty brand which forms part of the easy family of brands owned by easyGroup of which easyJet forms part.

“Our model licences entrepreneurs with or without estate agency experience to set up their own businesses under our umbrella brand in exclusive post code areas around the UK.

“We provide full training and ongoing support and access to the property portals such as Rightmove and Zoopla, a dedicated website, a consumer dashboard, a CRM system that enables prospecting and nurturing of prospective sellers and landlords, social media pages and access to mortgage lenders and conveyancing firms.”

Online agencies and PropTech services have had a mixed record seeking funds via crowdfunding sites, particularly since the controversial raising of £4.5m from small investors done by the former management of Emoov, shortly before it went into administration at the end of 2018.

In December 2018 The Times reported that some crowdfunding investors who staked money with Emoov on the platform Crowdcube were considering legal action but nothing has been heard since, and the former Emoov management has strenuously denied any allegations of impropriety in the fundraise.

You can see the easyProperty pitch here.

easyProperty seeking £5m to expand into auctions and overseas ...

easyProperty is reported to be in talks to raise around £5m...

Estate Agent Today has been contacted by an individual who says...

A firm that offers a white-labelled online agency platform to traditional...