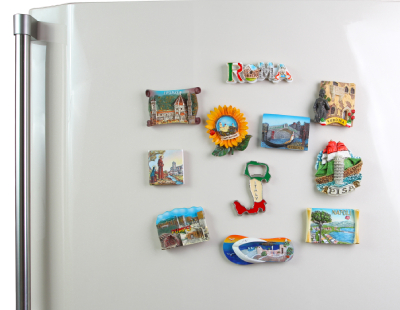 A BBC presenter has used her local newspaper column to mock an estate agency for suggesting fridge magnets be removed to improve the photographs of a property for sale.

Lou Hannan, from BBC Radio Solent, says she fully understands that agents have to advise on what helps sell a property - in this case, her mother’s four bedroom home in Oxfordshire, which has been on the market for over a year.

Hannan says that the property ‘rode the wave’ of Brexit, lockdown and a stamp duty holiday over the past year, and that her mother has now instructed a new agent.

The journalist then writes on The News website: “Imagine my surprise when the new estate agent cited the reason the house hasn’t sold yet has nothing to do with the economic climate, but actually my mum’s fridge magnets!”

She says the new agent’s photographer arrived “and the next hour saw them faffing around with scatter cushions, an origami creation with the end of the toilet roll, and arty shots of the kettle captured through a misty lens.”

The agent then apparently “instructed” the vendor to remove the fridge magnets, stating that they would deter a buyer from coming to see the house.

Hannan writes: “Really?! A mini replica of Blackpool Tower, 3D crab with wobbly claws and an ‘I’ve been to Tenerife’ sign would actually stop someone viewing a property?

“I’m not sure about you but when I’ve moved in the past, I looked at things like location, size, and number of bedrooms, not what someone decides to stick on their fridge.”

The article - which may be tongue in cheek - then admits that she herself looked at around 50 homes when she last moved house and remembered ones which were poorly prepared.

An experiment conducted by insurance company AXA has revealed how sloppy...

'Eye-tracking technology' reveals what buyers look at during viewings ...