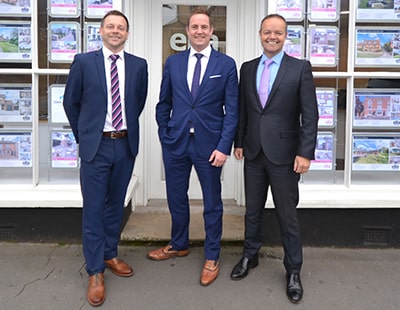 A regional agency operating across Oxfordshire and Buckinghamshire has announced an acquisition which adds two branches to its network.

This week, Alexander & Co has purchased Ella Homes, expanding its branch locations to include Buckingham and Winslow.

Ella Homes will continue to operate under its original name and will retain its current team.

"Existing customers of both Alexander & Co and Ella Homes will [now] have access to more high street branches, plus the benefit of increased marketing and access to a wider pool of investment opportunities."

He says Ella Homes' local expertise and experience will be 'extremely valuable' assets for Alexander & Co as the group strives to keep the 'personal touch' at the centre of its offering.

Alexander & Co opened its first office in Dunstable almost 50 years ago and has grown to employ over 70 staff, representing over 3,000 landlords and 1,000 buyers and sellers.

Last year, five of the group's agency brands - Bannisters in Bicester, Claire Lloyd Properties in Aylesbury, Hartwells in Aylesbury and Wing and Baker Pearce in Harrow - were all brought under the Alexander & Co name.

The group says it is set to launch several new services in 2020, including an online system where landlord clients can access property inventories and rental statements, while monitoring the status of maintenance issues.

The march of the high-end national agency chains continues with news...

An open verdict has been returned on the death of an...

A BBC presenter has used her local newspaper column to mock an...