Listings from an agent who ended his contract with Rightmove were not removed as he expected - instead, he is accusing the portal of taking “another more sinister route” by labelling the properties as “no longer on the market.”

As a twist to the story, one of the properties in question was actually the agent’s own four bedroom home.

David Leake is managing director of Houses Etc, a Yorkshire agency based in Goole and also offering online sales as well as traditional full-service.

Leake last week tweeted his support for an online petition calling on the government to decline Rightmove any public funding through the government’s Covid Corporate Financing Facility - the major loan facility made available to some of the country’s largest companies during the Coronavirus crisis.

However, over the weekend Leake discovered that when his Rightmove contract expired late afternoon on Thursday April 30 they had not been removed as he expected - but they had their status changed.

“I am somewhat shocked & disappointed to notice that rather than remove all my properties from your portal as of 4:30pm April 30th as per our contract, you have chosen to take another more sinister route.

“The attacked screenshot, taken today, clearly shows one of my properties as ‘no longer on the market’ when this is not the case.

“The property in question just happens to be my own home, and I am pleased to inform you that it IS still on the market, however it is not listed on your portal.

“I personally view this as misleading and false advertising.

“Can I please ask why my properties are showing as ‘no longer on the market’ and what you intend to do to rectify this false information?” 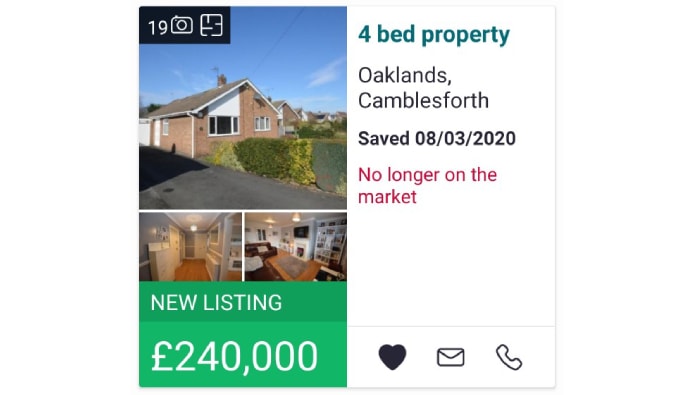 An industry analyst - not an agent - contacted EAT about the same issue over the weekend,. He did not want to be named, but suggested that this was “clearly designed to alert the owners and or competing agents” adding “this appears to be a spiteful move and strategy in an attempt to cause a rift between agent and seller and/or agent and agent.”

A Rightmove spokesperson told EAT yesterday that a member of the team would speak with David Leake on Monday and that the listings were no longer live on the portal so would not show up in searches made by buyers.

OnTheMarket takes on Rightmove with launch of market intelligence features ...

Property portal OnTheMarket has thrown down the challenge to Rightmove by...

Rightmove says vast majority of buyers will go ahead after lockdown ...

A study by Rightmove suggests that 94 per cent of buyers...

Rightmove defies critics and enjoys its busiest ever month ...

Rightmove may continue to be a target for criticism from some...