Hello and another Monday means PJT Day, your regular update on movers in the industry - and it’s March already.

If there are staff changes in your firm or branch this month, please let us know: drop an email to press@estateagenttoday.co.uk and please include some images too.

Off we go this week with more new faces at Keller Williams UK.

Jane Buchan, director of Orion Property Solutions has joined Evelyn Foster at the new market centre of KW Evolve in Glasgow. Jane has been working in property since 2013 and has experience in buying, selling, letting, refurbishment and training.

On to portals now and news broke at the end of last week that former Savills veteran Rupert Sebag-Montefiore had been appointed as a non-executive director of OnTheMarket.

Sebag-Montefiore was chief executive of Savills UK for 12 years and had the title ‘Head of Global Residential.’ He also previously served as non-executive chairman of Fastcrop plc, which operated the portal PrimeLocation at one time.

To Birmingham now where two former Purplebricks local property experts - both victims of recent restructuring at the hybrid agency - are reported to have started their own agency.

Stuart Kinge and Alan Hough have set up a business called  (appropriately) Stuart Alan; it’s a hub operation with what the pair call ‘personal property agents’ working in the field.

Chestertons first partnered with Apprenticeship Connect in 2014 and have supported 25 apprentices over the past six years; 15 apprentices have been offered full-time positions after completing their programmes and 14 of those are still with the company.

Digital marketing executive Kate Holyoake, joined Chestertons as an apprentice in February 2018. Upon completing her course in 2019, Kate was offered a full-time position.

She comments: “I’ve achieved two promotions at the company and continue to progress my skills and knowledge within the industry. Chestertons dedicated time to guide and support my learning throughout my apprenticeship and since becoming a full-time employee, they’ve provided me with the mentoring and skills needed to progress further.” 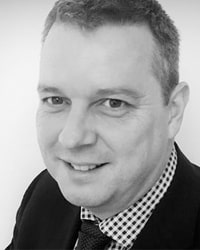 Here’s some appointments news from residential property management firm FirstPort - its named Lee Richards as its Build To Rent director.

Lee joined FirstPort in July 2018 as head of property standards and takes up his new appointment immediately.

“The demand for good quality rental property has never been greater as the private rental sector  expands to accommodate changing trends, with BTR being at the forefront of this growth” he says.

Finally we go to an industry supplier, Just Mortgages, which has appointed Kerry-Ann Davies as a financial services director, working closely with Spicerhaart’s estate agency, lettings and new homes operations.

Kerry-Ann has been in financial services for 16 years having spent 13 years at NatWest where she managed a team of mortgage advisers and helped them to exceed compliance and productivity performance across key performance indicators.  More recently she worked at Butters John Bee.

So that’s it for this week. Spring is coming and so are more moves within the industry. We’ll be reporting on them next Monday, so until then...