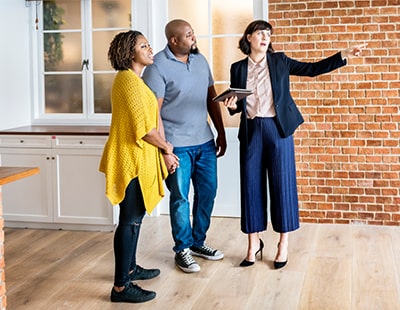 Agents “dread” buyers’ questions on value, asking prices and nearby new development according to a survey.

Some 50 agents and over 1,500 owners who had purchased in the past three years were questioned by interiors firm Hillarys over their dealings with estate agents.

The questions the agents apparently dreaded most were:

- How much money has the property lost in value over the last X years? – 54%;

- Are there currently any plans for the local area that could affect us as homeowners? – 42%;

The agents also revealed some of the most unusual questions they’d been asked by prospective buyers during viewings included ‘do the pets/plants come with the house?’, ‘is there any chance that the home is haunted?’ and ‘would I be allowed to paint the house exterior?’

More than two thirds of buyers admitted they were ill-prepared during the initial viewing of the home they ultimately purchased, and arrived without a pre-set list of questions to ask the estate agents showing them the home.

Only one property in every eight sold in the current market...

Quiz A Minister: send your questions on replacing leasehold with commonhold ...

In recent weeks our campaign to replace leasehold with commonhold has...

A Labour MP has used Parliamentary privilege to name a quick...

A new survey suggests the majority of vendors remain wary of...