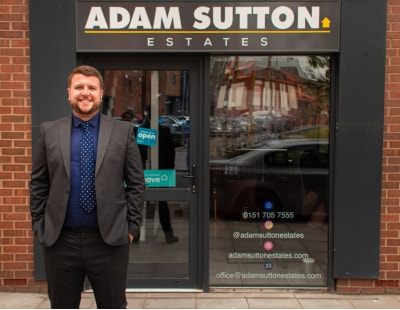 An estate agent in Liverpool has adopted the unusual technique of urging vendors to sell now “before prices crash.”

Clearly unworried about the message this sends to buyers, Liverpool agent Adam Sutton has warned that house prices could fall because of the continuing Coronavirus crisis, which in his city had led to additional restrictions.

Sutton, founder of Adam Sutton Estates, is quoted in the local media as saying: “Houses prices plummeted by an average of 15 per cent during the 2008 recession. The economic turmoil we saw then is similar to the financial disruption we are witnessing right now so it is inevitable that house prices are going to crash.

“We’ve seen a sales mini-boom this summer but it is unlikely to last. Property prices are soaring now but a crash is inevitable when the full effects of the recession kick in.

“It isn’t scare mongering. We’ve seen property prices fall in the aftermath of every major recession and all the indications are that the economic climate is going to get even worse in the months ahead with the furlough scheme coming to an end, mortgage holidays ending, businesses closing and the consequential rise in unemployment. Some people will struggle to keep a roof over their heads.

“I don’t want to be the bearer of bad news but my advice to anyone thinking of selling is do it now, or face having thousands of pounds slashed from their property values.

“The consensus across the property sector is that house prices will fall. It could be far worse than property professionals are saying so I think it is right that I speak out and inform people. It is a gloomy outlook but current valuations are not sustainable amidst a global pandemic and what could be the worst recession in history.”

In June Estate Agent Today reported that Sutton, 27 and with a background working in London’s Canary Wharf, had headed north to set up his own agency.

He said at the time that he had a target of modernising the sector in the Merseyside region and in a launch message stated he had “sold millions of pounds worth of property to some of the biggest names in show-business and sport” when he worked in the capital.

Poll: What's the effect of this message?

Agents from Purplebricks and Leaders are the latest recruits to sign...