Six agency branches are being closed as a result of a partnership between franchise giant...

It’s Monday so that can mean only one thing - a chance to catch up on the key moves in and out of positions in our industry.

Property Jobs Today would love to feature what you and your firm are doing, too, so why not drop us a line at press@estateagenttoday.co.uk and we can do the rest.

We start this week with an unusual one - neither an agency nor a supplier but an organisation central to our activities, HM Land Registry.

It’s named Simon Hayes as the new Chief Executive and Chief Land Registrar, and he takes up the post in November.

He’s clearly determined to further the digital programme and says: “I.m delighted to be appointed to this role at such an exciting and important time for HM Land Registry. I look forward to working with everyone within the organisation as we continue on our transformation journey, delivering outstanding service to our customers, and benefits for all our partners.” 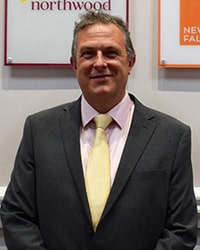 Now let’s look at the franchise giant Belvoir - and the firm has welcomed back Andrew Goddard, son of the founders Mike and Stephanie.

Eight years ago Andrew left the firm but now he has returned to Belvoir in the role of operations specialist. He was previously operations director.

Meanwhile at Foxtons Garry Watts retires as chairman after six years“in line with the board's succession plan.” Ian Barlow, currently the company's senior independent director, will be the new chairman.

There are high level changes at Knight Frank too. Tim Hyatt, currently in charge of Knight Frank’s London residential operation, is to take over as the firm’s residential work across the UK from next April.

Tim’s promotion follows the retirement - next March, after 38 years at the firm - of Andrew Hay who also steps down from the Knight Frank partnership.

Andrew’s international residential responsibilities will be taken over by Rupert Dawes with immediate effect. 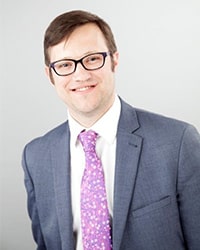 Over to the lettings sector now and it’s congratulations to Ben Beadle who is to be the chief executive of the new National Residential Landlords Association, launching in January.

Previously he was managing director of TDS Northern Ireland and Director of Customer Service with the TDS, the Tenancy Deposit Scheme.

He had worked in the town for 25 years as an estate agent. Everyone at Estate Agent Today send condolences to Jamie’s family, friends and colleagues.

So that’s it for this week - have a good seven days and remember to keep in touch. Until then...