Our first wonderful fund-raising agents this week are walking over hot coals - now that’s a dare for you.

But you don’t have to be quite so brave to help good causes, and whatever your chosen way of getting money for charities, we’re here to help.

Just email us on press@estateagenttoday.co.uk and we’ll do the rest.

Now, where did I leave my asbestos shoes?

Ellenor: Lucy Ames from Belvoir’s Tunbridge Wells branch has been in touch and says:

“We, a small female-only team of four, are about to embark on a charity challenge for Ellenor. Ellenor are a Kent based hospice service for families with children who have terminal illness so providing an incredible service. They have a £6.5m need for funds for running costs, of which only 25 per cent is government funded.”

And she continues: “The challenge is that the charity give us £50 for the start of September to see how much we can turn it into by the end of  January. To make a start two members of our team are going to take part in the Ellenor Firewalk, a walk over hot coals on November 1 to raise money and we have other plans for generating money which are just at the planning stage right now.” 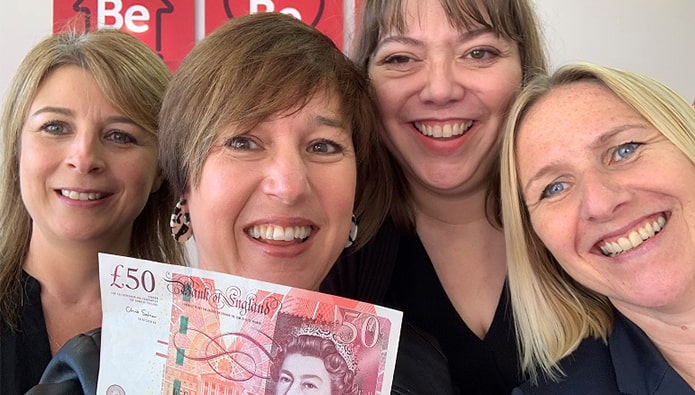 Hot stuff Lucy! Good luck from everyone at EAT…

The agency has been working with the organisation for seven years alongside main shareholder Andrews Charitable Trust.

The agency’s entire 500 strong staff hosted events across their network of 50 branches and head offices including two days of dedicated fundraising on Halloween in 2018 and Valentine’s Day this year; two staff members, Louise McTighe and Daryl Hill, also completed the London Marathon in April this year and raised an impressive £2,400.

Over the year these fundraising efforts have raised a total of £19,275.18. 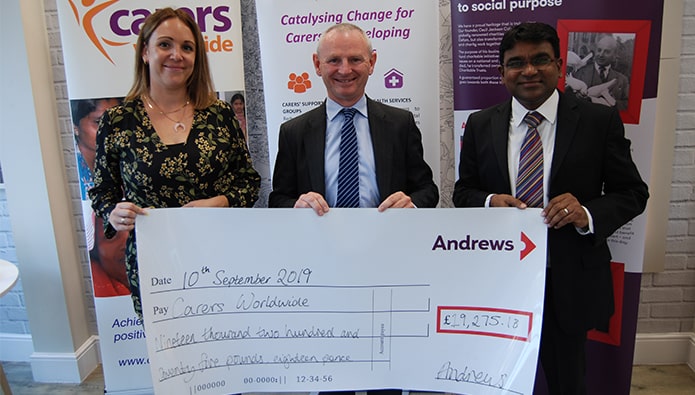 Teenage Cancer Trust Cymru supports 13 to 24 year olds, and their families, who have had their lives shattered by a cancer diagnosis; the charity does it by providing world-class age appropriate care and support in their specialist unit in Cardiff.

Andrew Barry, managing director of Peter Alan, says: “The charity does fantastic work to support teenagers and young adults, and their families, but they are currently only reaching half the young people who need specialist care and support. We at Peter Alan want to help them change that. Our support will hopefully help to fund more specialist nurses to make sure no young person faces cancer alone.”

Gone For Good: London-focussed agency Foxtons is throwing its weight behind Gone For Good.

This is an app which Foxtons is introducing its customs to: it has been created with a view to helping people donate their unwanted goods to a local charity.

With a few taps on your mobile phone, you can upload an image of your item(s) and find a local charity that would be willing to come and collect your donations from you.

Local charities include British Heart Foundation, Cancer Research UK, Mind, Oxfam and many more incredible organisations. As well as helping local charities, the app also works to ensure that goods are re-used and recycled, avoiding ending up in a skip or landfill.

Agents Giving: The industry’s charity has repeated its call for agents to join the club…or at least get out their clubs, as the build-up commences to the Agents Giving Charity Golf Day on October 8.

This year the event will be taking place at Morley Hayes Golf Club in Derbyshire and will be hosted by Agents Giving Directors David Newnes and Gareth Samples.

Agents Do Charity - as summer begins to draw to a close ...

Awful isn’t it? Where was that sunshine? Well, the clouds have...

Agents Do Charity - there’s a hard drive on for laptops… ...

Hello and welcome to Agents Do Charity, the regular round-up of...

Agents Do Charity - another weekend of wonderful fund-raising… ...

With summer in full swing (will someone tell the weather?) we’re having...

Agents Do Charity (but probably not on Saturday evening) ...

There’s no need for excuses if you’re not fund raising for...