It’s been two weeks since our last PJT, thanks to the Bank Holiday, so there’s plenty of news in today’s edition.

If you want to be in next week’s edition, just email us your move news on press@estateagenttoday.co.uk and we’ll tell the industry.

Robert has been in the property business for over 20 years and at Knight Frank he was involved in the super prime, prime and core new homes market. During his time in the industry, he has set up and managed numerous residential sales teams and offices as well as being responsible for some landmark London deals.

Speaking about his new role, Robert says: “I’m looking forward to growing the already very successful sales operation. This will include building the team and increasing market share from the core market through to prime, with the overall aim of ensuring that the Chestertons office continues to be the agent of choice for people looking to sell in the area.”

There’s a new board member for LSL Property Services - it’s Gaby Appleton who joins not just the board property but also the nominations, remuneration, and audit and risk committees.

Gaby has significant experience in strategy, technology, operations, and sales and marketing, particularly in the professional information solutions sector.

There’s movement, too, at Dacre, Son & Hartley, the high-profile regional agency of 21 offices and 152 members - ex-employee Virginia King has returned to the firm.

Virginia has worked for Countrywide in both Lincolnshire and Halifax, and previously spent two years with Acres. She joins a team of nine sales and lettings professionals at Dacres’ head office in Ikley.

“One of the things I enjoy most about my role is helping people to find the right property for them, and then doing everything I can to make the sale happen. I also really value working with such an experienced and friendly team in Ilkley” she says. 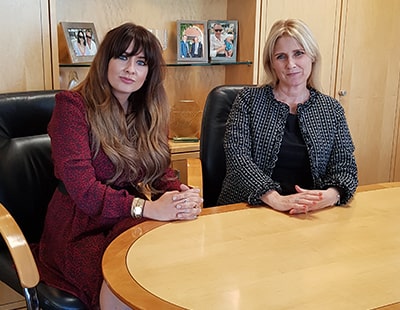 Both Sam and Nicki now sit alongside Bernadette Barcham, lettings director, and coincidentally these promotions follow on from the Beresfords inaugural ‘Women In Business’ event, held in conjunction with John Lewis.

“Sam has been a vital component in the company ever since she joined us. It’s a demanding role ranging from overseeing HR to managing change, both technical and build, across the group and she excels in it” says chairman Paul Beresford.

“Nicki originally came to us as maternity cover but has been a driving force in not only keeping us ahead of the game in marketing but also in our work within the community especially in respect of charity fundraising. In turn that has led to establishing very effective business relationships with major plc companies invest banks to major manufacturers and retailers” he adds.

Another agency move has been revealed at the Sequence network, where Nigel Blanchard has landed the role of land area manager in the north of England.

Nigel’s patch will cover South and West Yorkshire for William H Brown and Cheshire and The Wirral for Swetenhams and Jones & Chapman.

The role will see Nigel help land owners in maximising their assets, either buying selling their land on option agreements, subject to planning or planning consents and acquiring land on behalf of national house builders and property developers.

Nigel trained as an estate agent General Accident Property Services after leaving the RAF in 1990. In 1995 he joined Carter Jonas in Oxford, specialising in land and new homes. Until recently Nigel was self-employed in the land and new homes industry. 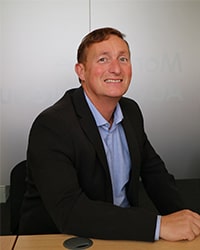 Stan is extremely well-known in the Scottish new build market and joins MAB New Homes with over 20 years’ experience having parted company with Stan Collins & Co Ltd at the end of January this year. Over the years Stan has worked alongside all the major house builders within the new build sector in Scotland.

“I absolutely cannot wait to get started. MAB is one of the most recognised mortgage intermediary firms in the UK and has a great reputation in the Scottish new build market. My role will be to build on the strong foundations already in place at MAB New Homes not just in Glasgow but across Scotland as a whole” he says.

That’s it for this week - please keep us informed and allow us to be your source of industry information throughout the autumn.

We’re back next Monday so until then…