Hello and welcome to this latest edition of PJT, your regular weekly column giving all the key appointments news in the industry.

Please let us know what’s happening in your workplace by emailing press@estateagenttoday.co.uk and we’ll tell the industry.

We start this time in the beautiful Suffolk coastal retreat of Southwold, where Winkworth has acquired local independent agency Halford Wetmore - and as a result Stuart Tricker, described as a seasoned agent of more than 20 years experience, joins the newly merged team as branch partner.

Dominic Agace, Winkworth’s national chief executive, says: “We're delighted to see this growth from one of our newest franchisees, not only from being one of our best performing offices in their first year of trading, but also as they expand into new territory.” 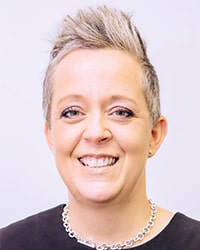 In her new role, Hannah will be covering Connells, Ashley Adams and Burchell Edwards East, Leicestershire, Peterborough and Northamptonshire, Derbyshire, Nottinghamshire, as well as covering the Burchell Edwards West branches of Burton and Tamworth.

“I’m really looking forward to managing and expanding an already successful team to be the best new homes operators in the region” she says.

Hannah joined Connells as manager of the Oadby branch near Leicester in 2003, becoming branch partner in 2005 and board of management partner in 2010. 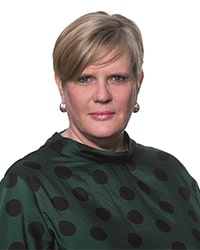 To London now, and national property business Carter Jonas has enhanced its residential Portfolio Letting and Management (PLM) team with the appointment of Karen Lyne as a residential block manager. 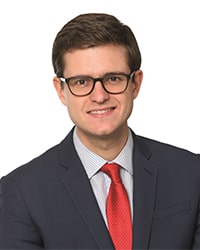 Karen has more than 10 years of residential management experience. She joins from D&G Block Management where she oversaw day-to-day maintenance requirements for its estate portfolios including contractor instruction, contract management, site inspections and ensuring all works were carried out according to specifications. Her remit also covered risk assessments and health and safety.

Andrew joined Carter Jonas in 2009 and has more than 15 years’ experience in estate agency. He works with the company’s residential, planning and development, commercial and rural teams from across its national network.

We’re still travelling the country to agencies, stopping next at the Lake District.

H&H Land and Property has promoted associate and chartered surveyor Mark Barrow to the role of head of land agency for the South Lakes.

Mark will be based in the company’s Kendal office. He graduated from the University of Central Lancashire with an honours degree in environment and land management, before gaining a postgraduate distinction in surveying from the College of Estate Management.

He joined H&H almost 10 years ago as an environmental advisor.

Meanwhile the industry says farewell to Stephen Grace, managing director of the JNP Partnership, an agency run by LSL in Buckinghamshire.

He has worked for JNP for 21 years, becoming managing director in 2009 following the firm’s acquisition by LSL.

And finally this week, outside of agency, it’s all change once again at the top of  crowdfunding investment firm Property Partner which has appointed its second new chief executive in 15 months.

Dan Gandesha, the firm’s founder in 2014, stepped down in spring 2018 and now his successor Marshall King has also departed, although he remains a board member.

That’s it for this week - have a great seven days and we’ll see you next time. Until then…