The weekend is over all-too-quickly but at least if it’s Monday, it’s Property Jobs Today - your weekly catch up with who’s moving where.

Please let us know of your key appointments by emailing press@estateagenttoday.co.uk and we’ll do the rest.

So let’s start this week with south coast agency Michael Jones & Company, where Natalie Standing has been appointed as the manager of the growing New Homes department.

Natalie’s new role means she will join the six-strong team who specialise in the entire new homes process, from advising developers on acquiring suitable land, through to launching homes to the market and driving sales.

With a track record and nine years’ experience behind her, Natalie will join associate director Max Harbron leading the team in a new office in Worthing town centre. 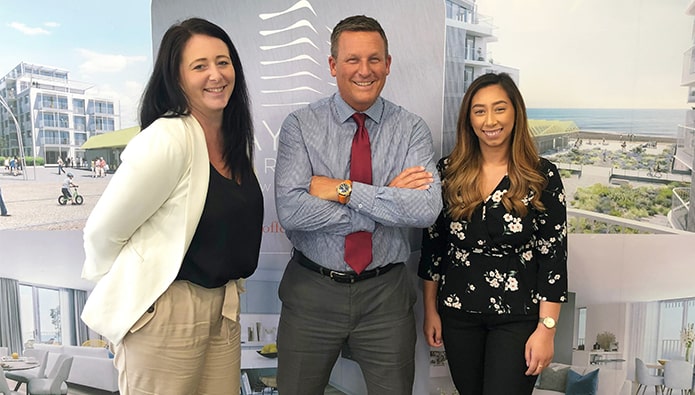 Next we’re off to beautiful Yorkshire and one of the county’s top agencies, Dacre, Son & Hartley.

Donna Fryer has joined the firm from Harrogate-based Hopkinsons; in her new role as Dacre’s lettings manager, Donna will be based at the firm’s Ripon office covering Ripon, Pateley Bridge, Thirsk and all their surrounding villages.

Donna’s appointment takes the thriving lettings team at Dacres to 19.

She says: “I’ve all of the relevant experience needed to deliver great service and advice on everything from the latest legislation changes to property management and in depth local market knowledge. I was attracted to the Dacres as it’s such a well-respected and professional firm that offers great career prospects.”

Let’s swing to Devon now, where Crediton-based Helmores has announced the appointment of Ian Blanchford to the role of associate partner.

Ian started his property career in 1998 as a junior negotiator in an Exeter agency, working up to sales manager at a national corporate. He joined Helmores in 2010 and has held positions as a negotiator, sales manager, valuer and marketing specialist.

“I feel honoured to be trusted with this position” explains Ian. “I live in the area and always have done. I'm an integral part of this community and it is great to be helping to guide a company that has been part of Crediton's High Street for hundreds of years.”

There’s a new appointment, too, at the newly-opened Nottingham branch of lettings agency Student Housing.

James finished studying for a BA (Hons) degree in Real Estate Studies at Nottingham Trent University in May.

Now to the world of PropTech where Spotahome has appointed Amanda Symonds to the role of chief growth officer following a seven-year stint establishing and growing vacation rentals at Tripadvisor.

Symonds joined pre-IPO TripAdvisor in 2010 and worked with the Senior Leadership team to build a global vacation rentals strategy following the acquisition of Holiday Lettings (UK) and FlipKey (USA).

Another PropTech platform, Oneandonlypro, has named Katherine Neary as the new assistant manager - she joins from the Nationwide Building Society.

Akhtar Hussain has also joined as a software engineer, taking the tech team up to seven employees across Birmingham and London.

Another PropTech operator, online auction house Whoobid, has been recruiting.

The most recent include Kieran Hogan, Joanna Bradford and Deborah Latham who joined the company in April.

Kieran joins as a regional manager for London and has extensive experience working for a range of estate agents across the London area, including Sequence and Spicerhaart.

Deborah and Joanna head up the northern division - Deborah as head of northern auctions and Joanna as relationship manager.

Whoobid's strategy is to further expand in 2019 with plans to break into new regional areas.

So that’s it for this week: more, of course, next Monday so until then…